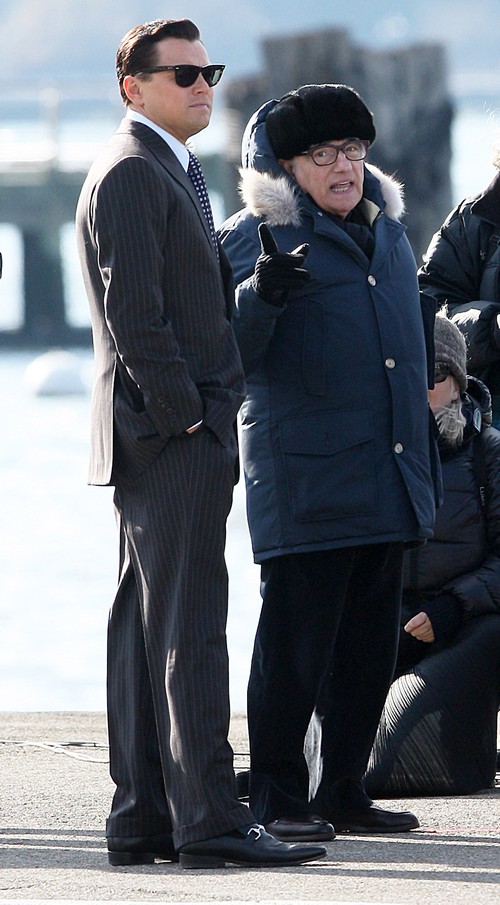 According to a new report from the National Enquirer, Martin Scorsese is reportedly sick of Leonardo DiCaprio‘s excessive partying, and has warned him to stop before it ruins his career completely.

A ‘source’ tells the Enquirer, “Martin told Leo he’s as gifted a performer as he’s ever worked with, but at his age he should have won two Oscars by now. Martin also told Leo he should get serious about his life and stop hanging out with hoodlums, trying to bed every girl who catches his eye and going out partying all the time.”

Oh, this is hilarious. You think Martin Scorsese cares what Leo gets up to in his private time? Or for that matter, anyone else? This is Hollywood, womanizing and drinking are pretty much standard fare for power players, especially A-list celebrities. Besides, Leo’s reportedly very professional when it comes to work, never turning up to work late or drunk, and actually very focused. Why do you think he’s one of the best actors that’s currently working, in addition to always picking strong projects? Leo lets loose when he has free time off, not when he’s on the job.

But even then, it’s not like he hasn’t won an Oscar due to the lack of quality in his work. The Academy doesn’t seem to like Leo much, for whatever reason. But there’s no such thing as winning two Oscars by a certain age. Most actors don’t even get one Oscar in their entire lifetime, forget two Oscars. Sure, Leo deserves an Oscar, and I think everyone can agree on that. But his partying has absolutely nothing to do with it. Maybe it prevents him from working more, but really, how much quality material is there in Hollywood? If Leo starts working more, there’s a bigger chance that he’ll just end up in some shlock, instead of the critically and commercially acclaimed batch of films he’s appeared in so far.