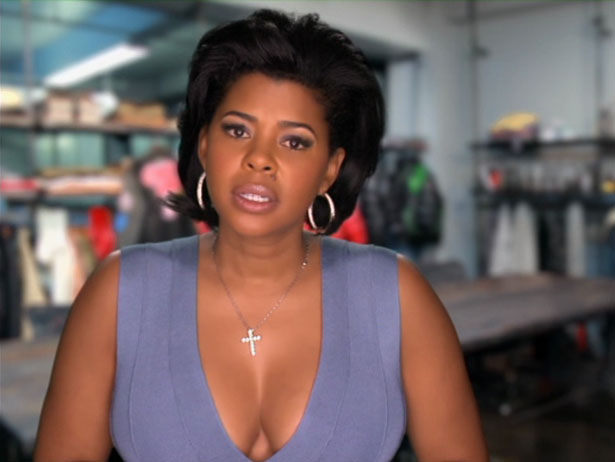 TMZ is reporting one of the original Love and Hip Hop stars, Chrissy Lampkin, got herself arrested after assaulting some unknown woman at a bar.  A bar fight…how classy! Anyway the whole incident went down in New Jersey with the Edgewater PD stating Ms. Lampkin bloodied the other woman so bad it required hospitalization. Starting to sound less like a fight and more like one woman on the attack. As for the person she assaulted; she remains to be a mystery. We know she’s not from the show seeing as the cameras weren’t rolling and as of yet this woman only has “aggravated Chrissy” under her description.

To be fair it doesn’t take a lot to upset the reality star. According to TMZ, “Chrissy got pissed that the alleged victim sat on the sofa she was sitting on and accidentally bumped into someone”. Wow that sounded dumber writing it over than reading it. Trust me when I say that. To have two grown women fight over a seat much less bumping someone is a disgrace. The most likely embarrassed fiancee, Jim Jones, had to come pick Chrissy up and provide the necessary bail.

Right about now he must be remembering all the other times his future wife has lost her temper. In particular the fight she had with Kimbella that shocked the rest of the reality TV divas. It was brutal and hard to forget so easy to imagine what she did in Jersey one night. But what will be the fallout? We know she got taken in for aggravated assault and disorderly conduct and still no one has brought up what will happen with her new reality show Chrissy and Mr. Jones. Season three might get delayed and or possibly canceled if the star of the show has to serve time.

VH1 can profit from a lot of thing but I doubt they can make a show with someone locked up!