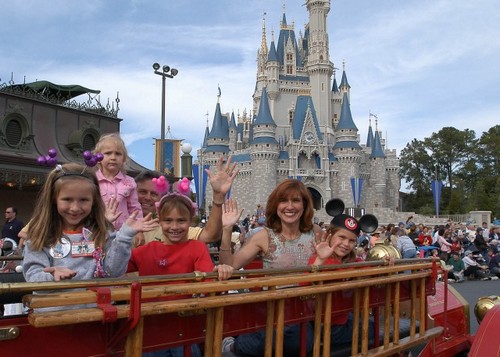 The People’s Court judge Marilyn Milian has been caught topless on a beach in the Caribbean. She’s 52 years old, but she had no problem showing off her body as she tanned with her husband and her three children.

This might be scandalous in the US, but it’s hardly news anywhere else. People are topless on beaches all over the world, especially in the Caribbean, Australia and Europe and it’s considered normal. I mean, who wants those tan lines, right? Unsightly, and unnecessary when you can so easily prevent them.

Obviously, a bunch of people are like ‘ZOMG SCANDAL’ because Marilyn Milian is the respected judge of People’s Court and 52 years old and all. But it’s the People’s Court. It’s reality television. Come on. And so what if she’s 52? She was with her family, and it’s great that people who are older don’t feel like they need to cover up their body just because they’re not young anymore. It promotes a positive body image, and it’s healthy for other women her age who can feel like they’re not being so judged should they also choose to go topless on the beach. She’s not exactly Ruth Bader Ginsberg – now that would be a story!

Obviously, it’s a personal choice and people will either criticize it or not criticize it. But imagine a major Hollywood star had gone topless instead, and the pictures were captured? Can you imagine the scandal that would cause? People would critique the star’s body and criticize her for going topless in a public area, and the magazines would get sued for publishing the pictures. Obviously, that can happen in this case as well, but somehow, I doubt it.