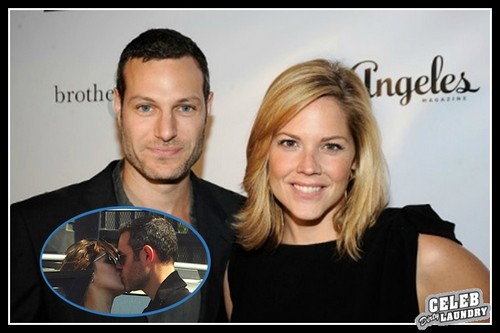 It looks like Michael Morris isn’t having a good week at all. He is the former producer of Smash, the failed musical series that had starred Katharine McPhee and now it seems that the twosome clearly had more than a working relationship going on. Photos of McPhee and Morris kissing in Hollywood after a lunch date surfaced this week but boy did he try to prevent them from landing on TMZ.

Apparently Morris tried to buy the photos himself to keep his affair with McPhee under wraps. When his efforts failed he figured that he better confess everything to his wife, Mary McCormack. He talked to her last Sunday night and by the end of the conversation Morris found himself thrown out of the home that he shares with his wife and three small children. Apparently a cheating husband isn’t exactly something that she wants to deal with.  Smells like Kristen Stewart and Rupert Sanders – look like we a have Trampire 2 in Katharine McPhee. 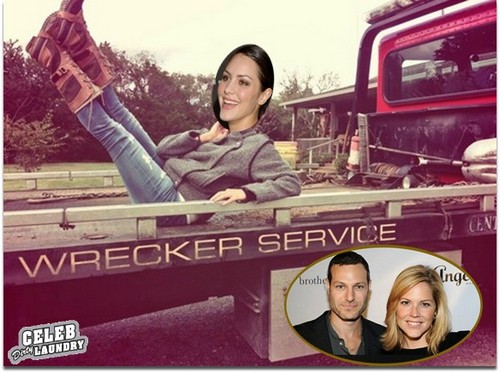 As for McPhee, she married Nick Cokas back in 2008 and while they are still married, they’ve reportedly been amicably separated for months so there probably won’t be much fallout over these photos for her. Seriously though, what were they thinking? Why on earth do cheating couples think that they can get away with anything in broad daylight? Of course eventually a paparazzo is going to get a decent shot if you’re making out in the middle of the sidewalk! Obviously McPhee and Morris didn’t care who say them together – at least not at the time….

Do you think this will be the beginning of the end for Morris’ marriage? Is his relationship with McPhee worth losing his wife over or is this yet another horndog that thought he’d never get caught? Will Morris scramble to fix things or is he relieved to have the truth out in the open? Tell us in the comments below! 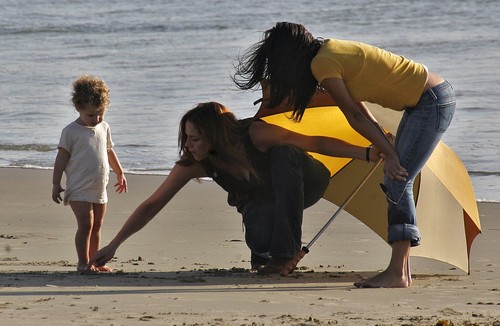