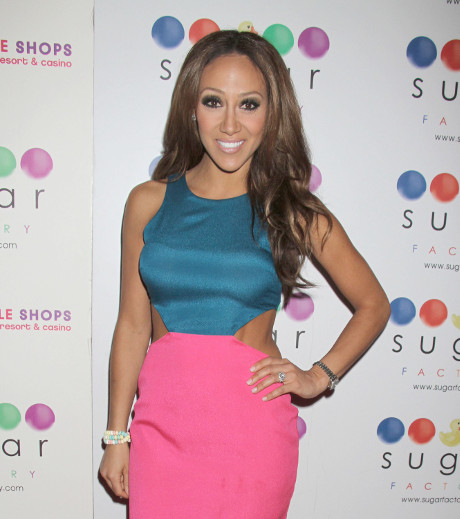 Melissa Gorga has been the topic of cheating rumors for the last three seasons of Real Housewives of New Jersey. A few weeks ago, she was approached by former friend Jan DeDolce at the Milain Haircare event. Jan confronted Mel in front of her husband, Poison Joe Gorga. She said Mel met up with her ex boyfriend. Jan did not say Melissa cheated on Joe.

Jan and Melissa were friends for 12 years. They were very close and even bridesmaids in each other’s weddings. Jan told Mel that she started treating her differently when she joined the show. This is what caused the rift to form between them.

Melissa addressed Jan’s accusations on the season 5 reunion. She said Jan is mad because she didn’t mention her salon on the show. Mel said Jan wanted to be a housewife. Well, Jan is calling out Melissa again. She wrote on her Facebook wall “Ahahahaha!!!! This b***h is BUGGING! I got 8 people that were there w me that night that will tell the world who’s the liar. Maybe it’s time to really let EVERYTHING out….”

I believe Jan. She never changes her story. Jan gave a lengthy interview to All About The Real Housewives. She talked about Melissa meeting up with her ex boyfriend Bryan “Bulldog” Bowen. Melissa had been in contact with him and set up the dinner. Jan told the website,

“There was something that went on Facebook that had upset me that she [Melissa] put up, and I was just over it. Out of nowhere, she calls me to go meet her for lunch. She wanted to know if I told anybody about the night we were out at Sushi Lounge with Bryan. I said no, but of course there were other people there. So she asked me if I would come on and film with her to say that there was no meeting together. I didn’t really want to get involved, but she asked me to film with her because she needed girlfriends to go to lunch with her. Melissa doesn’t have a lot of girlfriends. She was like ‘Please, please, please,’ so I said alright. Now mind you, I denied a majority of the stuff because I just didn’t want to get involved in this.”

Jan goes on to say when she was at Belissimo’s with Teresa, Penny Drossos and Kim DePaola she stood up for Melissa. Bravo did some magic with editing and it looked like she was the one bashing Mel.

We haven’t heard from Bryan in articles. However, he says his piece on Twitter. Bryan doesn’t just run at the mouth. He confronts those who cross him. This is what he tweeted the Gorgas in September: “@melissagorga and of you have a problem to let’s go on live TV n straighten this shit out. N tell your husband @joegorga.”

Bryan gets a lot of support from his friends. Here is one example of his friends’ loyalty: “@bulldog_nj my heart and prayers go out to you and hopefully you can find peace with all this fake housewives of jersey crap.”

If the rumors of Mel meeting up with Bulldog were not true, why would he willingly put himself out there to set the record straight?