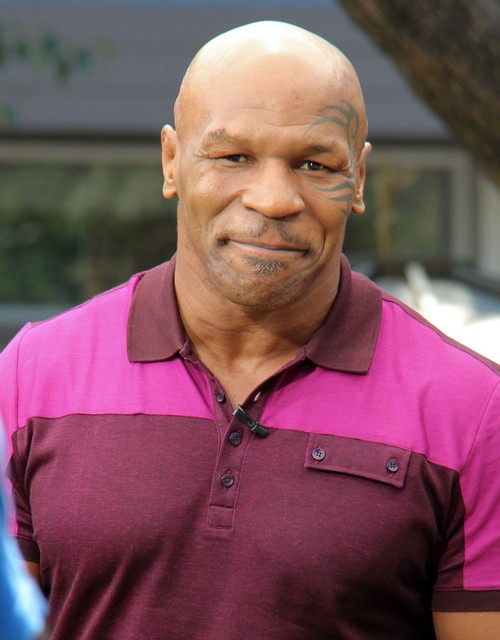 Mike Tyson‘s wife, Kiki Tyson, has filed a restraining order against a cray-cray ex military woman who’s claiming to be Mike’s mistress. The order comes after Kiki claims this woman, Mickey Gordon, has attacked her family with a long list of threats, including some that suggest she wants Kiki and her family gone and out of the picture. For good.

Kiki filed for the restraining order in L.A. and she claims the woman has sent her 60+ emails over the course of the past 2 years. Now, she’s fearing for her family’s safety and needs legal action to be taken. Some of the emails, which were filed alongside the order, are super crazy and we can sort of see why she’s taking these measures to keep Mickey away from her.

As reported by TMZ, here are a few of Mickey’s emails: “YOUR FRIEND TOLD YOU ONE DAY ONE OF THESE WOMEN ARE GOING TO TAKE YOU DOWN & YOU ARE GOING TO REGRET IT, WELL I’M THAT BITCH!!!”

“YOU WILL PAY FOR THIS F**KING TWO YEARS OF TORTURE, I SWEAR YOU WILL ON YOUR MAMA & BABY GIRLS GRAVE YOU FUCKING WILL!!!”

“I WAS STRONG WHEN WE MET 20 YRS AGO & NOW I’M STRONGER … I WAS IN THE MILITARY, A DRILL SERGEANT IN THE WEAPONS FIELD, YOU KNOW WHAT THE F**K I’M ABOUT BITCH!!!”

Kiki claims that she’s never met Mickey before and doesn’t even know how she acquired her contact info. Since the filing, Mickey has been ordered to stay 100 yards away from the Tysons. Another hearing, to decide whether or not the restraining order should be made permanent, will be held in a month.