Mila Kunis Pregnant Is What Ashton Kutcher Demands: Fighting Over Children – She Says “NO KIDS!” 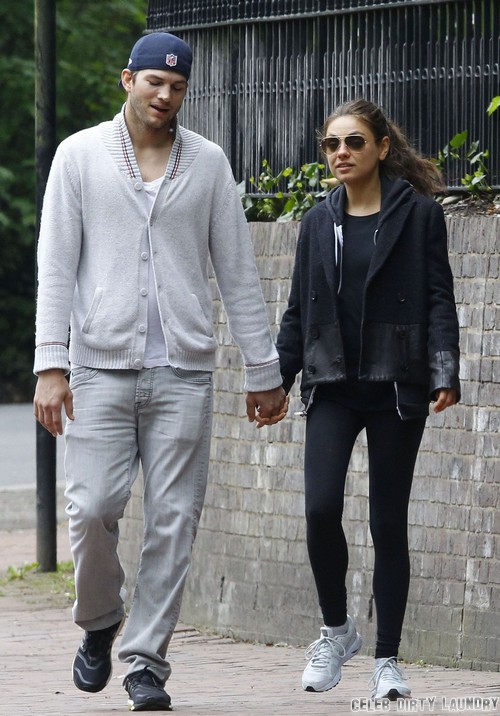 According to the latest report from Star, Mila Kunis and Ashton Kutcher are fighting over their future together. Apparently, Ashton wants to have kids, but Mila doesn’t – understandable considering how busy she is.

Anyway, a ‘source’ explains, “[Ashton and Mila are] at odds over Mila’s recent revelation that she doesn’t want to have kids anytime soon, while Ashton is desperate to become a dad. Mila still has a lot she wants to do careerwise. She told Ashton that he’d have to wait at least five years.”

The source adds that Ashton didn’t take the news well, explaining, “He’s devastated. It was one of the biggest issues he had with [Demi Moore] and part of the reason he wanted out. They had a huge blowout fight. He was set to propose and even looked at rings, but he isn’t as excited as he was before. It’s not looking good.”

Well, Ashton Kutcher and Mila Kunis never made sense to me, largely because I’ve always felt like Mila could do a lot better than him. However, I also got the sense that they were just having fun, but it might have turned into something serious in the past year or so. So while they are likely starting to talk about their future together, I’m not sure if Ashton would be willing to dump her just because she didn’t want to have children. For one, both of them are insanely busy and secondly, Ashton knows that he will probably never get another girlfriend as awesome as Mila.

What do you guys think about this story? Do you believe that Mila doesn’t want to have kids but Ashton does? Let us know your thoughts in the comments.