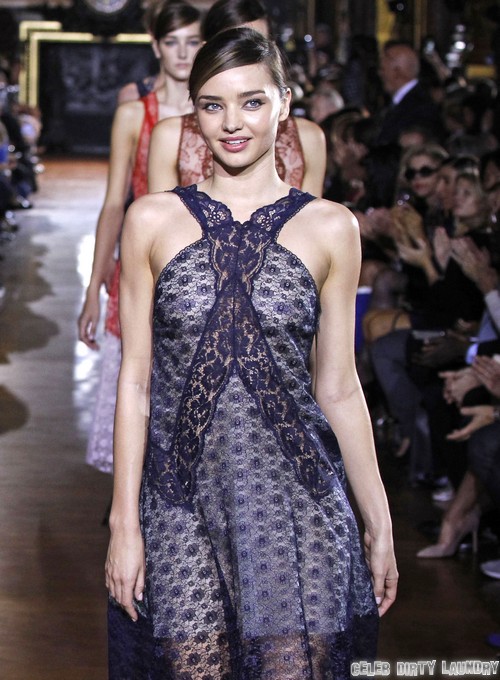 Miranda Kerr and Orlando Bloom officially broke up a few weeks back, amid rumors that both of them were moving on. However, both have since been spotted together several times a week with their son, Flynn Bloom, leading to reports that they might be thinking of a reconciliation. Of course, all of this has also been happening at the same time that Miranda was linked to Leonardo DiCaprio.

So what’s really happening? Well, the latest sources have claimed that Miranda is now dating [or thinking of dating] billionaire casino mogul James Packer. Friends of James have reportedly been telling tabloids that he has ‘fallen for‘ Miranda after her divorce, with Woman’s Day sources adding, “Miranda may come across as an Earth Mother but she loves the high life and James can provide the sort of lifestyle and security very few could give her. I couldn’t be happier for her – this year’s been pretty difficult for Miranda. Her career seems to have hit a slump and she was totally devastated by the split.”

Interesting. Many recent reports suspected that one of the reasons for Miranda’s split from Orlando was because his career had taken a nosedive since the Pirates of the Caribbean and Lord of the Rings days. So even if James isn’t necessarily as aesthetically appealing as her previous relationships, he’s never going to run out of money – and maybe that’s enough for her?

We’ll have to wait and see if anything comes from these rumors. This wouldn’t be the first time a beautiful starlet has been linked to an older business mogul. Look at Salma Hayek, for one – married to a billionaire and couldn’t be happier. For some people, security trumps attractiveness. And hey, who’s to say that they don’t love each other?

What do you guys think about Miranda dating James? Let us know your thoughts in the comments.