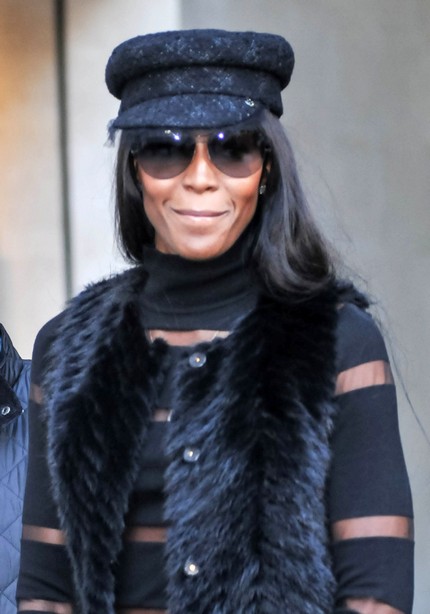 It’s not a surprise to find out that the majority of the fashion industry is racist. We’ve heard it before, and we’re hearing it again. However, it’s always encouraging when models make an effort to try and expose the racism, and then make changes. Naomi Campbell has been working on a campaign to expose racism within the fashion industry, and she calls out Victoria Beckham on only using one non-white model in a show that had more than 30 models during London Fashion week.

Radar Online reports that Naomi published an open letter, with a long list of fashion houses and brands that were not diverse in their model selection. This letter touched upon the fact that at the New York Fashion Week, only 6% of the models were African-American and only 9% were Asian, and there were less black models now than there were in 1970. The brands included in this list are Calvin Klein, Marc Jacobs, Roberto Cavalli, Armani, Gucci, Chanel, and Victoria Beckham.

She then reportedly called Victoria directly and spoke to her about the lack of diversity in her model selection. Naomi tell the Daily Mirror, “I don’t want to pin-point anyone. It isn’t a blame game. Everyone’s name was on that letter because they’d done it. It could have been completely unintentional. [Victoria] is one of the designers on there like anyone else.”

Naomi also added that she was going to continue with her anti-racism efforts in the industry, and she didn’t mind upsetting people. She explained, “You have to be straight. We had the percentages and we were armed with the facts and you can’t be nervous about upsetting people. I speak the truth. People might not like it but I am doing it.”

What do you guys think about Naomi’s efforts? Do you think they will make an effort, and do you think Victoria Beckham is to blame for not being diverse in her model selection? A lot of fashion designers don’t think twice about selecting white models, without even thinking about the diversity aspect of their work. Fashion is an international industry, and it seems as though most fashion designers seem to forget that.

David & Victoria Beckham leaving a gym with their son Brooklyn after a workout in West Hollywood, California on October 26 – poor Victoria is so afraid we’ll see what she really looks like!