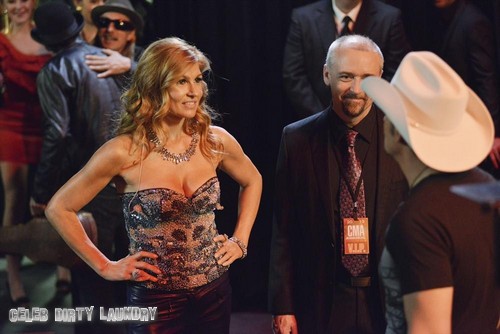 NASHVILLE returns to ABC tonight with the season 1 finale called, “I’ll Never Get Out of This World Alive.” On tonight’s show revelations abound when Deacon confronts Rayna about a buried secret, and Juliette discovers a letter from her mother.  Did you watch last week’s episode? We did and we recapped it here for you!

On last night’s show Rayna found an unlikely ally in Lamar when he saw her with her against Teddy about the girls. Jolene saw Juliette struggling and tried to find a way to help. Avery and Will, separately, both got a chance to shine with bigger stars — but will it translate to career gold? And Tandy took her own agenda to the board of Wyatt Industries.

On tonight’s show a shadow has been cast over country music’s biggest night: Juliette discovers a letter from Jolene revealing her mother’s true feelings; Rayna and Deacon’s fairytale evening at the CMA Awards, even performing with Brad Paisley – who guest stars as himself — may not end in a happily-ever-after; and Gunnar will do whatever it takes to win Scarlett’s heart back — but is it too late? Meanwhile the U.S. Attorney’s office is closing in on Teddy, and Peggy returns with a secret of her own. 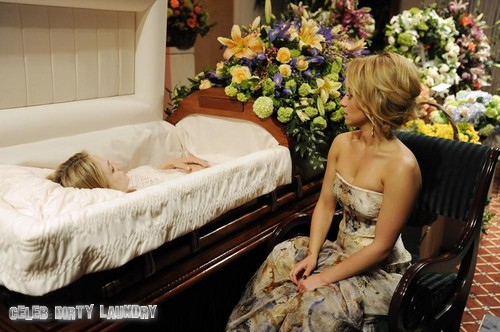 RECAP: Tonight’s show begins while Juliette meeting with the police. Her mother and Dante’s death have officially been ruled a murder suicide and she has precious little to say about it. At least until Deacon stops by. She’s furious that he talked her into giving her mother another chance. Now she’s focused on winning Best Female Vocalist at the CMA’s tonight. After being arrested and dumped by Scarlett, Gunnar decides to come clean and tell Jack that he stole the song from his brother. Jack tells him not to throw his career away over a girl. Scarlett is furious that Gunnar missed her showcase and that’s making her pay more attention to Avery. The two go to lunch and hit it off really well. It makes her rethink her whole relationship with Gunnar and when he comes to apologize with an armful of flowers she’s not having it.

Maddie pays Deacon a visit and tells him that she thinks he’s her real father. When he discusses it with Rayna backstage at the CMA’s she admits that it’s true. Thirteen years ago when Deacon was a drunken mess she and Teddy decided to get married and raise the baby regardless of the fact that Maddie was Deacon’s. He heads to the bar and falls off the wagon as Rayna and Teddy try to explain all of the lies to Maddie.

Deacon drinks for the first time in years and as Rayna is trying to comfort Juliette at her mother’s funeral, he is in a fistfight with Teddy. From there he goes home and is confronted by Gunnar and Scarlett. Deacon is totally out of control. He continues drinking as he gets ready to attend Jolene’s memorial service. Rayna sits down alone with Maddie and explains to her that she loved Teddy and wanted her to have a good father and that that’s why she married him.

Just to make things a bit messier, Peggy meets briefly with Teddy and tells him that she’s pregnant/ Deacon shows up at Jolene’s but leaves immediately. Rayna demands he let her drive and the two end up having a brutal battle of words in the car. Season one ends with Rayna flipping the car a few times after swerving to miss another vehicle and Gunnar on bended knee proposing to Scarlett.