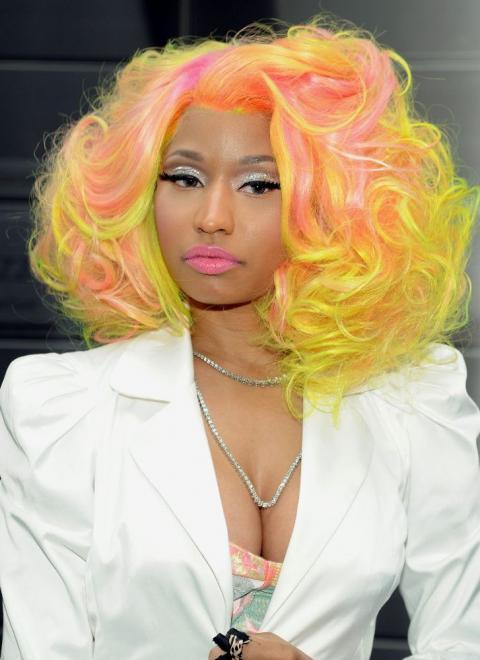 Remember when everyone and their brother watched American Idol? Back when we all looked forward to each week and talked about the most recent episode for days afterwords? When the reality mainstay was an epidemic that nearly everyone was touched by? Well, those days are obviously LONG gone, in fact they probably left with crazy Paula Abdul and her purse full of pill bottles. Now the former reality TV institution can’t even keep a judging panel interested for more than one season and the few fans that tune in end up wondering why they even bothered and ya know what – Nicki Minaj even agrees with that sentiment!

Nicki is currently taking tons of heat for being the meanest of the judges but in reality, she is the only one trying to be real here and she has no problem calling out her fellow judges. According to the April 22nd print edition of National Enquirer, Nicki believes that Mariah Carey does precious little more than chew scenery. For someone that is known to be such a demanding diva, you’d think Mariah would be a whole lot more critical, wouldn’t you? Nicki also believes that Keith Urban sits on the fence far too often which basically means, he holds the popular opinion rather than offering up one all on his own. Randy Jackson has sat on the judges panel for 11 years now and Nicki simply thinks his schtick has gotten really old.

Nicki actually has made a really good point. Everyone is bashing her but if not for that no one would be talking about her at all! Sadly, it’s true. The ratings have dropped twenty percent from just last year and now even The Voice is pulling in a bigger audience! Nicki may be obnoxious or sometimes simply just whacked, but at least she’s trying to save a sinking ship!

Will Idol return next year or is this season it? Are we going to watch what was once a huge series over stay its welcome and go out with a whimper? Tell us your thoughts in the comments below!