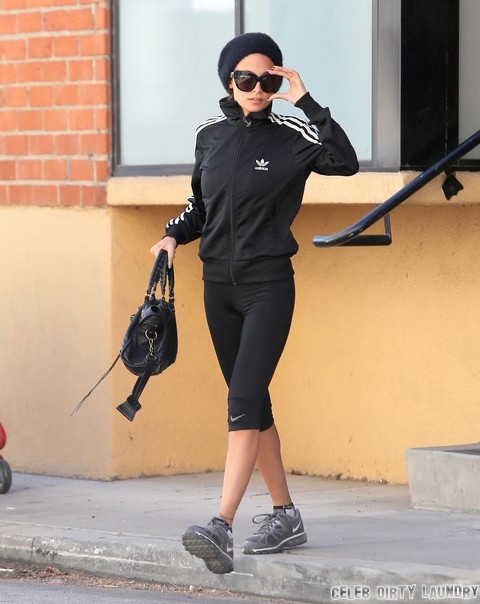 Even the best of marriages hit the skids from time to time and apparently, for Nicole Richie and Joel Madden, that time might be right about now. It’s not the first time that they’ve been rumored to be having some trouble, but Nicole’s actions lately are certainly raising some red flags. She stopped by Jimmy Kimmel’s show the other day, minus her engagement ring and then there was that third wheel island vacation with Jessica Alba and Cash Warren.

According to the April 29th print edition of In Touch Nicole and Joel have been leading completely separate lives for a while now. They were spotted out together with their kids this week but it was thought to be a purposeful joint appearance intended to silence the media’s claims that they are on the brink of divorce.

This isn’t the first time that divorce rumors swirled, in fact just last spring Joel attempted to silence speculation by saying, “I understand the nature of gossip media, and I accept that. However much I do understand people’s need to be entertained by creating stories for blogs and tabloids, I take my responsibilities as a father, and as a husband very seriously. My wife and my children are the most important thing in the world to me.“

No doubt keeping their family stable is most important to both Nicole and Joel still, but what about that seven-year itch thing? They have been together that long now and perhaps the grass is starting to look a little greener elsewhere. In their favor, they’ve battled break up rumors for a longtime and continue to keep the family together so there must still be something worth saving, right?

Do you hope Nicole and Joel work out whatever issues are plaguing them? Are they a couple that you’ve liked from the beginning? Tell us your thoughts in the comments below!