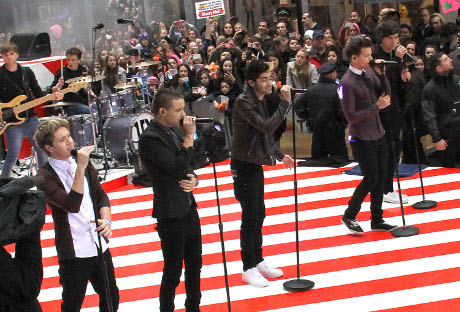 Celeb Dirty Laundry has done a lot with One Direction over the past weeks, simply because their fans can’t get enough of the 1D. You love hearing about the bandmates’ quirks. You love hearing about the bandmates’ famous lifestyle. And you definitely can’t get enough of Harry Styles, Zayn Malik, Niall Horan, Liam Payne, and Louis Tomlinson‘s deep-dark secrets. Well, the secrets aren’t that dark if we’re airing that laundry here to dry, but you get the point.

Harry Styles and Taylor Swift recently called it quits and, well, I’m sure that situation will continue to be a hot mess in the news for the next month or so. Until it blows over. And you know it will. Either they’ll hook up again and restart the Swifty-Styles frenzy or they’ll forget about each other and find new hookups everyone can start gossiping about. Basically, those are the only two options the Celeb World has to look forward to.

Harry Styles’s relationship might have ended in a fiery break up storm, but other bandmates’ rumored relationships are still going somewhat strong, including Liam Payne’s romance with Danielle Peazer. I don’t think anyone is 100% certain that they are still officially together, but I think it’s safe to assume that they are a couple. They experienced a bit of a rough patch — but after she appeared to show him support at a Madison Square Garden show last month people are thinking they’ve reconciled. Or at least in the process of doing so.

Danielle might need to watch her man like a hawk though, because apparently — according to Liam’s bandmate Niall Horan — Liam thinks Twilight actor Taylor Lautner is totally awesome. Liam even wants to name his first child Taylor. We assume after the teen werewolf himself. What do you think about Liam’s infatuation with Taylor? Check out our other 1D coverage by clicking here for all the latest juice, gossip, and buzz about that band.