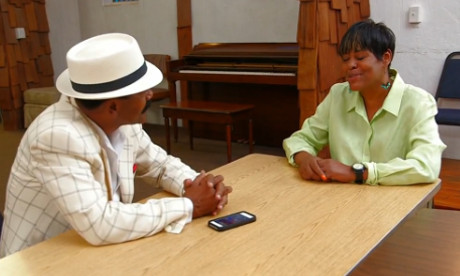 It’s hard to believe that Preachers of L.A. is already powering down after an enthralling, dramatic first season! The show, which premiered on Oxygen with an amazing debut, will air its season 1 finale later tonight at 10 PM EST. Will you be stopping by to see how they wrap up everything? This episode is sure to be a dramatic one, as Bishop Ron will visit his sister, Shaun, to see how she’s coming along in her drug rehabilitation program.

As we saw in past episodes, Ron’s sister struggled with a heroin addiction. With Ron’s assistance, Shaun found a place to get help and, as you’ll see in the preview clip below, her treatment appears to be going amazingly well. She looks brighter, healthier, and greets her brother with a great big hug, surely a good sign for their future relationship.

Let us know what you thought about Preachers of L.A. season 1, and don’t forget to tune into the finale later tonight on Oxygen. Don’t miss it!