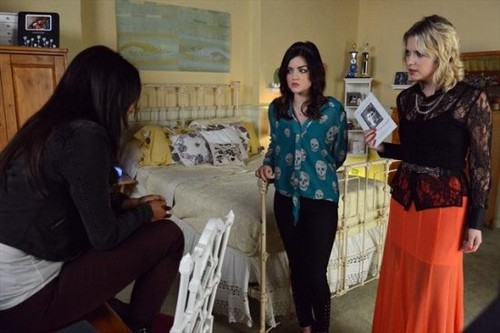 Tonight on the ABC Family PRETTY LITTLE LIARS airs called “Out of Sight, Out of Mind.” On tonight’s show ria has to come to terms with Ezra’s new life with Malcolm.  Did you watch last week’s show? We did and we recapped it here for you!

On last week’s show shaken up after recent events and holding new information about Det. Wilden, Aria, Emily and Hanna were on the hunt for answers about the detective’s past. Looking to Shana and Cece for more insight, the ladies seemed to be making progress in their search. But they quickly started running out of time when they learned that Wilden is close on their heels and determined to stop them.

On tonight’s show the pretty little liars are looking for answers in all of the wrong places in “Out of Sight, Out of Mind.”   Spencer is finally ready to talk, but Emily is not so ready to accept what she has to say. Will she heed Spencer’s warnings or will Emily go off to find her own answers down a path “A” has designed for her? Hanna, on the other hand, is preoccupied with helping her mother after Ashley is involved in a hit-n-run accident. Now having a new secret to hide, Hanna wonders if “A” had something to do with it after all. 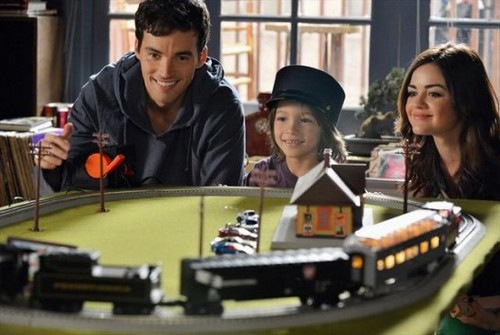 With Aria, Emily, Hanna and Spencer are now really afraid does “A” have them right where they want them?  Meanwhile, Aria has to come to terms with Ezra’s new life with Malcolm.