Prince Charles and Camilla Parker-Bowles to See Royal Baby At Hospital – Jealous Kate Middleton’s Parents Beat Them To It!! 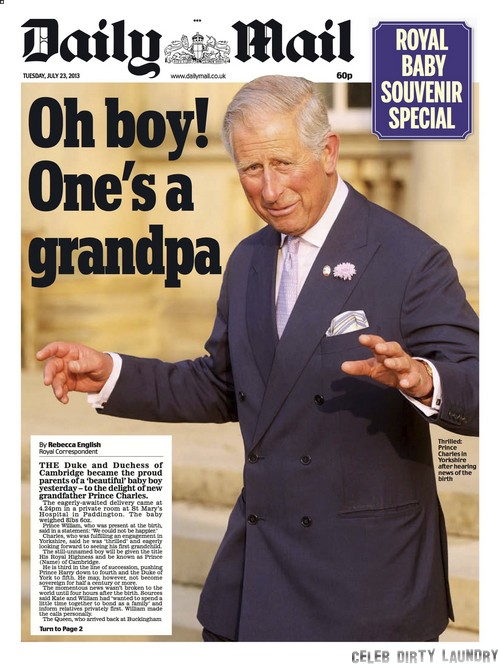 Rumor has it that Prince Charles is rushing back to London to visit his grandson and while many can  go “aww, that sweet”, then they should at least remember that this isn’t protocol. That’s right. If Prince Charles does make it to the hospital he would essentially be going rogue. Royals don’t make hospital visits for babies. But this new grandpa is supposedly just too giddy. Either that or what the press has been saying is starting to affect him.

Now we all know that Prince Charles doesn’t react well with jealousy. We’ve seen him with Diana after all but this time is different. Prince Charles could have been jealous of the Middletons. News Reporters were going on and on about how much they were good grandparents. It so doesn’t surprise me that the rumor became true when Prince Charles rolled up with Camilla to visit his grandson. Hopefully we’ll get an interview as they’re leaving.

Even If Prince Charles only came out of jealousy or as good PR move I’m personally glad he’s there. Too many people have simply bashed him to raise the Middletons up. They are not royalty and stop saying they’ll make Prince William a good dad. For all his faults Prince Charles was and is a good father. He will show his grandson how to be a king. Not the Middletons who supported Kate while she chased a man. At least Charles’s sons have a little thing called careers.

I’m sorry what have the Middleton children been up to lately?