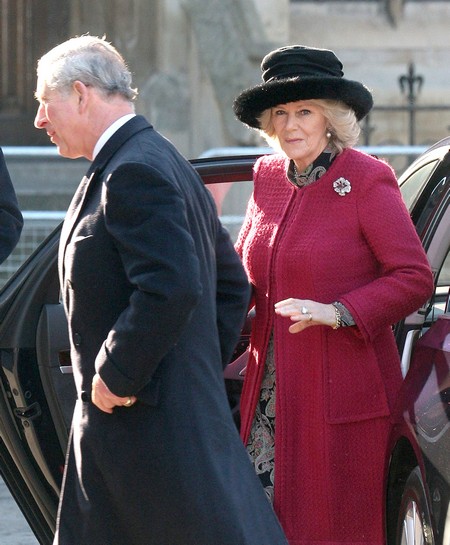 After years of being led by his nose it seems that Prince Charles is finally waking up from his Camilla Parker-Bowles induced coma and quickly getting back in touch with reality. It’s actually very simple – Queen Elizabeth’s health is extremely poor on the best of days and she needs to plan ahead for who will lead the country that she loves so much long after she is gone. While Charles is by birthright next in line to the thrown, his lifestyle has left him little more than a bad joke in recent years, leading the Queen to seriously contemplate other options.

Prince William with Kate Middleton beside him is actually the perfect candidate to rule and the Queen has begun grooming him for the position as Charles seemed to passively watch as his position disappeared, at least until reality sunk in. Camilla has been flying off the handle in drunken rages for months, demanding that Charles stand up and take the title that is rightfully his. Of course this is really about Camilla thinking that she is entitled to be queen beside her husband at any cost and it finally all blew up in her face.

During a recent blowout Camilla informed Charles that the marriage was over and that if she couldn’t be Queen then she will certainly strike gold in their divorce settlement. Camilla believes that the royals will pay millions to be free of her before she tells their secrets and she was playing that card recently, but Charles swung back hard, according to the Oct. 14th print edition of GLOBE magazine.

Finally Charles realized that dumping Camilla once and for all puts an end to all of those drunken tirades that he has endured. It also may go a long way in proving to the Queen that he is capable of taking charge of what is his and controlling his immediate future. This huge move might actually be his first step towards inadvertently claiming the throne. It almost seems like the Queen can’t stomach the notion of Camilla on the throne and in order to prevent it then Charles had to be bypassed – until now.

If Charles really ditches Camilla will it have an impact on what happens when Elizabeth finally abdicates power? Tell us your thoughts in the comments below!