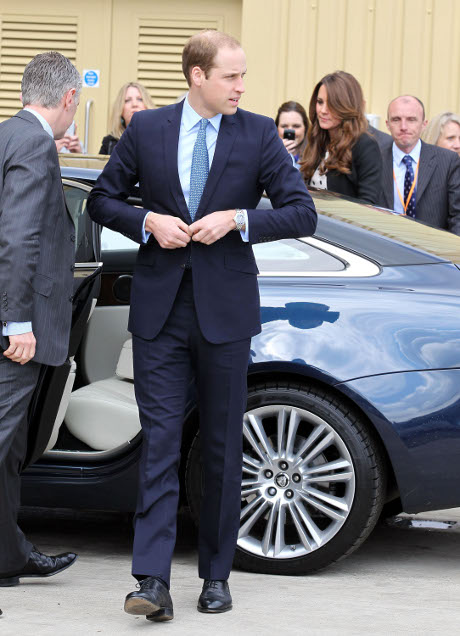 Well, finally I get why all of a sudden Camilla Parker-Bowles has been magically accepted as queen-in-waiting! We told you earlier this year that Queen Elizabeth was taking the proper steps to see how to go about ensuring that Prince William would ascend to the throne before his father, Prince Charles. Wills is clearly a better fit and he and Kate Middleton would make a great team as the next royal rulers of England. Ironically, Charles didn’t seem to even mind the power trade. Let’s face it, this guy is a bumbling joke and he wants to sit atop the throne as much as I’d like to drive a garbage truck for a living!

According to the June 3rd print edition of GLOBE evil Camilla stooped to the lowest level imaginable in order to ensure that her place, as well as her husband’s would be secure in British history. She made it known that if she isn’t the next queen then she’ll leak all the lurid details of Charles’ gay romps with his three most recent lovers and she intends to name names!

Queen Elizabeth has always been super protective of Charles and in order to shield him from the obvious embarrassment Elizabeth has agreed to leave Charles’ birthright in place. She has also proven to Camilla that her word is good by beginning to hand over bits of power to Charles in a formal capacity, with Camilla by his side.

Camilla and Charles may be next in line for the throne but that doesn’t mean that the people will respect their ruler ship in the least. It’s a case of Elizabeth choosing to sacrifice the good of her country that she loves, to save her boy. I have to hand it to Camilla, she’s a despicable woman, but she’s getting exactly what she wants, isn’t she? Do you believe that Charles has a slew of gay lovers or do you think he happily crawls into bed with his wife? Tell us your thoughts in the comments below!