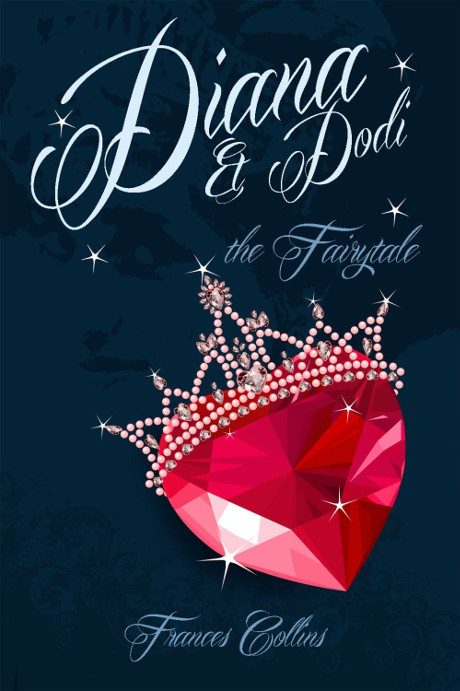 We all enjoy tales where true love beats out the badness and darkness (if you don’t like tales like that, at least once in a while, then perhaps I’ll send you a hug-o-gram). Princess Diana‘s story, while glorious in parts, was one filled with heartbreak and tragedy, which the world witnessed in full force after she died in a horrible car crash in 1997. Princess Diana’s life story will always be present in our culture, but with the release of the new box-office flop, Diana, her story has recaptured the attentions of many individuals.

The biopic has left many critics and Diana-lovers alike crestfallen, so perhaps what we all need is a glorious retelling of the Diana story — one where the princess gets her prince, true love wins out in the end, and warm-fuzzies brush away the tragedy.

First-time novelist Frances Collins thought just that. With all the backlash the new Diana film has received, she thought now might be the perfect time to push her fictional retelling of Diana’s life, entitled Diana and Dodi: The Fairytale. The story is rooted in historical fact — until Dodi and Diana AVOID the Paris car crash that claimed their lives (in our reality). From there on out it’s all fairytale endings and warm feels, ultimately resulting in the two having a baby together.

We reached out to Frances, otherwise known as “Fran,” and she told us a bit about her approach, reasons for writing this story, and the excitement she felt when she received a letter from St. James’s Palace thanking her for her interesting perspective on what could’ve been.

To begin with, I wrote the book for a friend who loved romance. Following [the advice] of other friends who read the book, I was encouraged to publish it. I am certainly not famous, and this is my first book; however, following the Diana movie backlash, I have decided to bring attention to it: Quite frankly, since the Diana Movie has been a box office flop, in most major cities (the release in the USA seems to be following suit), I feel as if my book might have the story line Diana lovers would prefer.

I chose to give Dodi and Diana a happy ending. In reality, it seemed at the time that that was where their relationship was heading. I was surprised when the movie was launched in September and focused on Hasnat Khan as her lover, especially due to the fact that Diana had kept this “apparent relationship” very quiet and private for over two years. The general public knew very little, if anything, about him.

As the movie has now been released, it is obvious that this “apparent relationship” has no public interest. I am suggesting this because, typically, anything to do with Diana would have high interest. Following completion of my book (which is currently only an eBook), I wrote to Kensington Palace to advise her sons (Prince William and Prince Harry) of the book, purely out of courtesy.

I was fascinated and excited to receive a reply, which thanked me for “writing as I did,” especially since the princes have NOT publicly commented on the movie. Their reply suggested that they approved of the happy ending, even though we all know it’s fiction. Therefore, as it has been suggested, I feel as if the millions of Diana fans would also approve.

Quite frankly, I believe my book’s story line would appeal more than the movie, which people have clearly steered away from. My book was completed before the movie, and I can now say the producer picked the wrong story line. (If only he had seen mine first!).

Are you intrigued? If you want to follow Princess Diana through a fun, romantic tale, then consider checking out Collins’s book, which is available through Amazon. CLICK HERE.