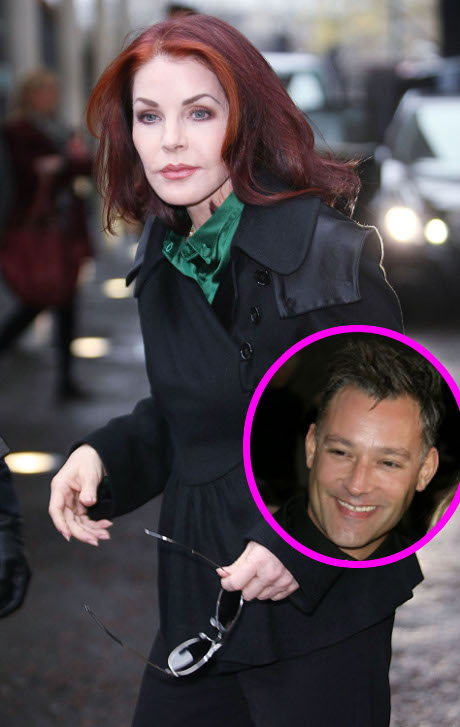 All it takes is one kiss to set the gossip world on fire. Priscilla Presley found this out on Dec. 30th when after enjoying dinner with Toby Anstis she kissed him goodbye. The maybe couple was spotted at romantic hotspot San Lorenzo in Wimbledon, enjoying what appeared to be a very cozy meal. Anstis is a radio DJ and a kids television host. He is also 40-years old, making him 27-years Presley’s junior. I could tell you he is young enough to be her child but instead I’ll remind you that Presley’s daughter, Lisa Marie, is actually 44-years old!

While the duo insists they are not a couple, according to the GLOBE, Antis has publicly declared that Presley is absolutely wonderful and the two were flirty enough at dinner to make onlookers think that they’re most definitely a new couple. Anstis is also looking forward to meeting up with Presley when he heads to LA to cover the Academy Awards in February. If it’s not love just yet it certainly looks like it could be in the cards sooner rather than later.

Presley has been linked to a multitude of men, many of them younger over the years. How do you think her daughter Lisa Marie feels about her mom dating guys that could be her younger brother? Do you think it adds to Lisa Marie’s well know insecurity or is she cool with her mom just being happy?

Do you get the whole cougar thing? Presley was last linked to British producer, Nigel Lythgoe, a man much closer to her age. Is she better off sticking with an older more refined man or do you think she needs the fun and energy that a younger guy like Antis inevitably brings into her life? Are Priscilla Presley and Toby Anstis dating? Let us know in the comments section below.