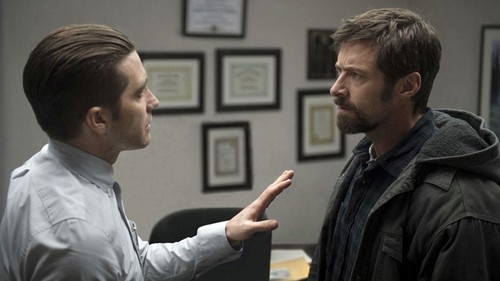 Prisoners has come first place at the weekend box office, capitalizing on the dearth of entertaining cinema in the September marketplace, especially with movies aimed at adults. Receiving a strong Rotten Tomatoes critic and user rating, the film received strong word of mouth and will head the weekend with little over $20 million. With a lack of adult-oriented cinema over the next few weeks and a barren month at the movies, it’s likely the  movie will play well into the next few weeks.

So despite the good reviews and the strong box office, is the movie any good? The answer to that is a resounding yes. The film can be slow moving at times, but it’s more because of character development than pacing issues. It’s a slow burn, with the tension building and building into a crescendo with the third act.

For those who don’t know, the film starts off with two little girls from two different families disappearing, and the hunt to track down the girls and their kidnapper. There’s the classic element of whodunnit, with lots of twists and turns, but what makes Prisoners so emotionally compelling is the central drama within the main characters. How far would you go if your child’s life was in danger? What would you be willing to do? Where would you draw the line? What’s the price you have to pay?

These are the central questions around Prisoners, and Hugh Jackman and Jake Gyllenhaal in particular turn in tremendous performances. Viola Davis, as always, is also spectacular, and Maria Bello and Terrence Howard also turn in strong supporting performances. Across the board, the cast is fantastic, and the direction and cinematography take advantage of a strong script.

All in all, Prisoners is a definite recommend, but if you go, please don’t take young kids with you. There’s a lot of swearing and some gruesome torture scenes that are difficult to stomach.