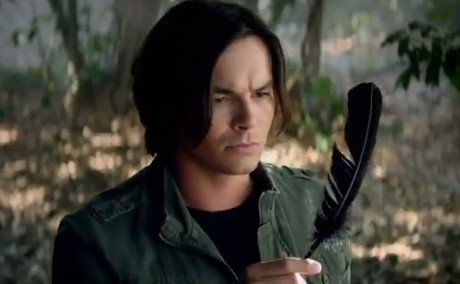 More supernatural goodness will be coming to TV this fall with the premiere of the Pretty Little Liars spin-off, Ravenswood. We’ve already met several of the characters and settings that will be appearing on the new show, including the creepy and eerie town, as well as one of the main protagonists, Caleb, around whom the show’s premise will be largely based. The show will follow the lives of five teenagers, each mysteriously drawn to Ravenswood’s mysterious past and — GASP! — a curse. While many of the details of the show have been shrouded in mystery (just like the town), we definitely know that this curse will be the dominant supernatural force behind the show’s plot.

I think it’s interesting how ABC Family has decided to take this spin-off in an entirely different direction from PLL; however, while different from the Liars, I’m sure we can expect a similar attention to detail within and amongst a series of highly intense plot lines and story archs — one of the characteristics of PLL that sets it apart from other teen thrillers/dramas currently on the air.

Again, while we don’t know much about the show apart from the details revealed in PLL and the Ravenswood promo trailer, showrunner Marlene Stringer recently released a spoil-nugget tweet: “Ravenswood is even more of a grown up Now & Then than PLL is. Seances and cemeteries sound familiar?”

If we’ve been promised seances and cemeteries, then we’ll definitely be giving it a watch. We’re definitely looking forward to the creepy-culty elements that this show seems to be promising — as illustrated by the town’s mysterious statue worshipping, as well as by the peculiar presence of psychic and ex-sorority mother, Mrs. Grunwald.

Will you be tuning into Ravenswood, which airs on ABC Family at 9 PM, October 22nd?