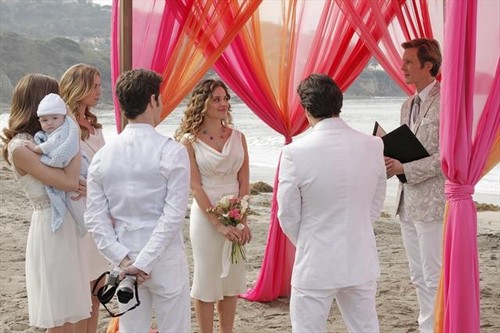 Tonight on ABC REVENGE returns with a whole new episode called “Union.” On tonight’s show Jack and Amanda’s Wedding brings back memories.  Did you watch last week’s show? We did and we recapped it here for you!

On last week’s show with Emily by his side, Daniel went toe to toe with his fiercest business rival, Jason Prosser, to land an important deal that Victoria was determined to block. Aiden took a very dark turn, and Jack and Amanda’s future lands in the unlikely hands of Conrad Grayson.

On tonight’s show emotions run deep when Jack and Amanda’s wedding reminds Emily of what could have been. Meanwhile, things for Daniel get complicated at Grayson Global, and Conrad begins a new chapter.

Emily’s has sacrificed her whole life trying destroy the Graysons to avenge her father’s death. The Greyson have always been her enemy and tonight her plans for the future will begin to unravel and there is NO turning back! 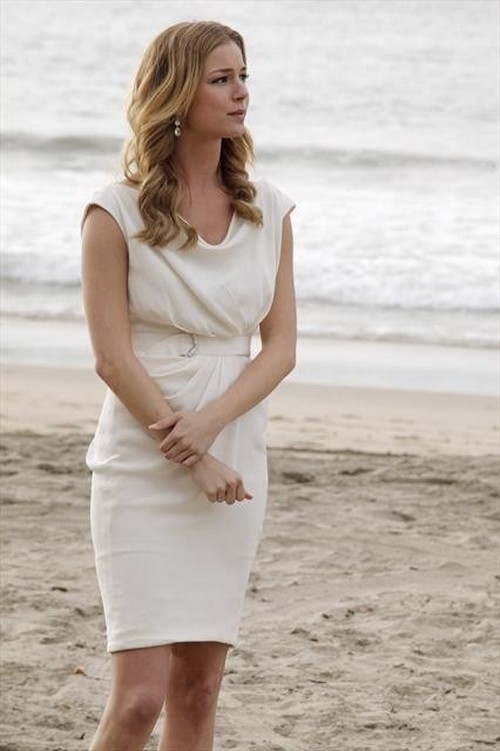 Tonight’s Revenge episode 13 is going to be exciting, and you won’t want to miss. So be sure to tune in for our live coverage of Revenge — tonight at 9PM EST! While you wait for our recap, hit the comments and let us know how excited you are about the new season of the Revenge? Check out a Sneak peek video of tonight’s episode below!

Tonight’s episode begins with a recap of sorts. Aiden is still missing and Emily is trying to hide the worry she feels. Add to that the fact that she’s trying to put on a happy face while watching Jack build a life with Amanda and their baby.  Nolan actually stumbles onto Aiden who seems to think that there’s a slight chance that his sister could still be alive. Aiden knows that the video of his supposed sister was actually made 6 years ago rather than three days earlier. Emily finds him searching the spot where the video was made. As they are talking Daniel calls and Emily is forced to put him on speaker so that Aiden can hear and trust the conversation is as she presents it.

Jack pays Conrad a visit because he has a special offer top buy Jack’s bar. Actually it’s more of a threat. He will either accept Conrad’s gracious offer or will regret it for the rest of his life. Jack tells Deckland and they agree not to tell Amanda yet. Jack foolishly believes the onbly thing that he can prevent Conrad from doing is ruining his wedding.

After dodging Padma for awhile he decides to half confront her and clue her in to the fact that he is completely on to her. He demands to know what happened to her father and Padma writes him a note that simply says, not here.

Aiden realizes his sister is dead and tells Emily that finding her is all that kept him going. He’s not a machine like her and he actually feels things. That comment unravels Em and she informs him while in tears that she misses people and the life that she could have had every single day.

Padma starts to explain why she needs Nolan’s help and that she has feelings for him that are real. He seems to decide that for now he’ll choose to trust her.

Amanda and Jack are all set to exchange vows on the beach. Amanda opens the ring box and finds that Emily snuck a blue pupe cleaner ring into it. It’s like the one that she made for Jack when they acted out their wedding as kids. Emily sneaks off to call Daniel and while flipping through news articles on Flight 197 he tells her the timing is wrong for them to rekindle things.

Helen sneaks up on Victoria and tries to get the necessary evidence out of her. Victoria tells her it’s in the safe in the poolhouse. They go together and when Helen takes over opening the safe Victoria whips out a gun and puts a bullet in Helen’s chest. Victoria then calls Daniel and coaches him through a phone call that is obviously being videotaped on his end. She tells him to meet her in the pool house.

As Daniel is left to help clean up the mess, Amanda and Jack are out on the boat alone for their first night as husband and wife. On the beach Emily and Aiden curl up together and find comfort together.  Tune in next week for more Revenge!