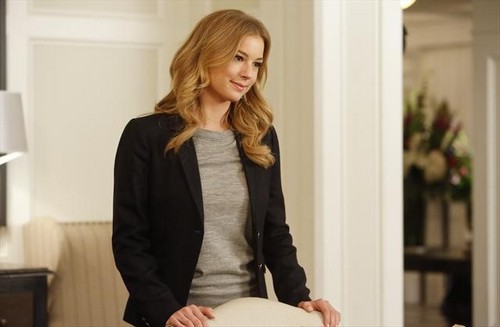 Tonight on ABC REVENGE returns with a whole new episode called “Victory.” On tonight’s show Emily seizes and opportunity to sttle the score with someone from her childhood.  Did you watch last week’s show? We did and we recapped it here for you!

On last week’s show the queen and king of smoke and mirrors, Victoria and Conrad, made a calculated move, starting a charitable foundation in the late Amanda Clarke’s name. But little did they know that Jackwas not buying it and had a plan of his own. Meanwhile, Emily’s past caught up to her again.

On tonight’s show with Victoria enlisting the help of Amanda’s foster brother in her charitable foundation, Emily seizes an opportunity to regain some of her missing past while settling the score with someone who had a hand in setting her on this path in the first place. 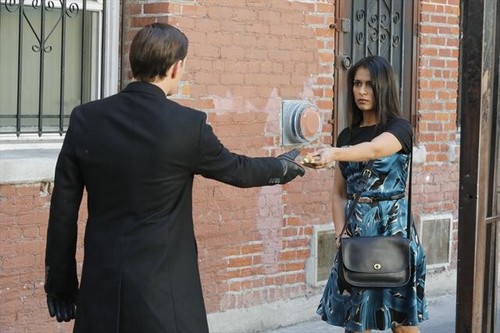 Tonight’s Revenge episode 17 is going to be exciting, and you won’t want to miss. So be sure to tune in for our live coverage of Revenge — tonight at 9PM EST! While you wait for our recap, hit the comments and let us know how excited you are about the new season of the Revenge? Check out a Sneak peek video of tonight’s episode below!

Tonight we begin pretty much where things left off last week, with Conrad and Victoria planning on hiding their dirty money in a non-profit foundation in Amanda’s name. Eli is helming the foundation and he has enlisted Emily’s help which has pissed Victoria right off. Eli also tells Em that there were a bunch of letters that her father wrote when they were kids that Meredith, their stepmother kept from her. Em and Eli decide to take a ride down to take care of the shady situation. Before going Emily stops to check on Jack. He tells her that he can’t go after Conrad because Em stole his computer. Jack has decided to focus on his son instead.
‎
Emily and Eli get to talk to a woman at the foster home and he tells her that he wants to present her with a check at a press conference the next day. They talk while Em takes a walk. Eli tells Meredith that he’ll feel good when their scam works and she can pocket 60% of it. He’ll feel like he has done something good then. Obviously he learned well from his stepmother.
Meredith meets with Victoria and learns that the foundation will be donating $250,000 to her foster home annually. Meanwhile Daniel has invited Em to dinner and tells her that Aiden is going to take the fall. Ironically Aiden calls her and tells her that the drop sight has been changed and he and Nolan have 34 minutes until they have their best shot at killing Padma’s fathers kidnapper. He’s the same guy that killed Aiden’s sister. They watch as she gives the guy what he wants and then he leads her to the back of the SUV. Instead of letting her father go they shove her into the car. Aiden and Nolan spen a brief moment arguing and it causes Aiden to completely lose his shot.
‎
At the press conference Eli is out for revenge- against Meredith! Before she can accept any money he tells a story of horrid abuse at her hands and has a bunch of her former foster kids present to corroborate it. She blurts out that Eli set the fire and allowed Amanda to take the blame. After the conference Victoria bans Eli from her home and office. When Amanda talks to him he admiots that the fire she set as a kid went out and so he set a second one. He says he’s trying to make things right now.
‎
Eli goes searching for the truth about the letters and he tells Emily that Meredith sold them years ago. She thanks him for trying. Jake is about to make a deal with the devil and he is now going to work with Conrad. Daniel gets an envelope delivered and in it is a photo of him meeting with Emily along with two bullets. Tune in next week for more Revenge.