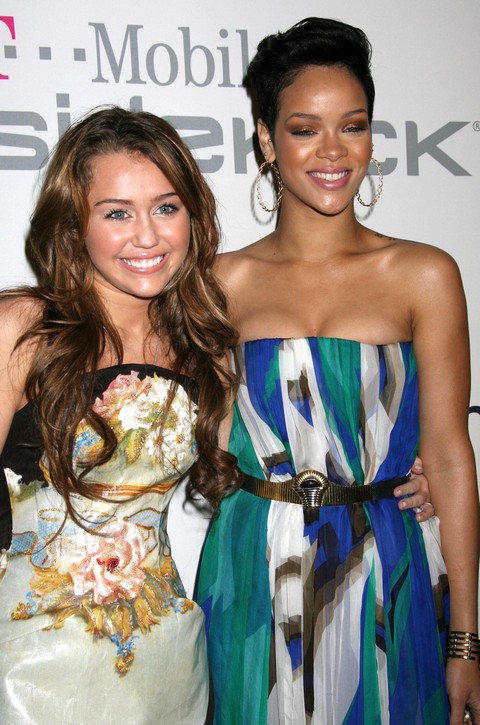 So Miley Cyrus recently admitted that if she wasn’t chosen as #1 for the Maxim Hot 100, she would choose Rihanna to take the spot instead. Then, she took to Twitter to say that she would ‘definitely’ make out with Rihanna after being asked in an interview if she would be willing to do so. How has Rihanna responded? Well, by saying that she would be open to making out with Miley, of course.

Someone from TMZ found Rihanna outside of Georgio Baldi, and asked her whether she would be down to make out with Miley. Rihanna’s response was ‘Hell, yeah’.

What else was she going to say? No, ew I would never make out with her? Rihanna is Rihanna for a reason. She’s completely uninhibited and is not scared or embarrassed of anything, at least as far as we know. She’s done way crazier things in her past, and making out with Miley Cyrus would actually be one of the saner things she’s committed to do. 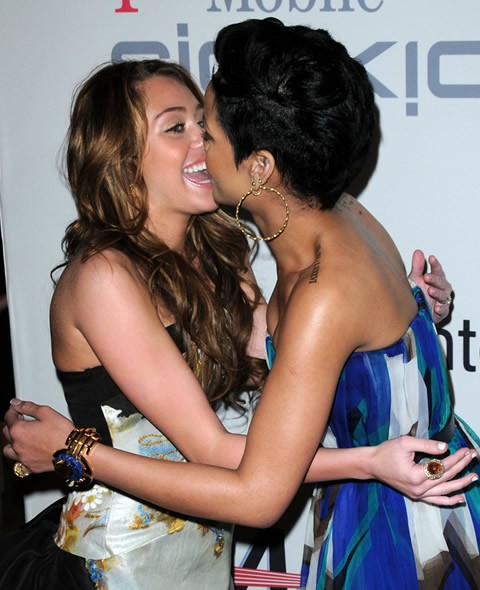 Of course, now people are awaiting Miley’s response to this. I highly doubt there will be any response, considering that this whole thing started out as a joke.  In any case, I’m sure a lot of guys will soon be waiting for Miley and Rihanna to end up in the same room together, preferably with a camera around.

Do you guys think that Rihanna and Miley would actually kiss if given the opportunity? Or would they play it safe and just ignore it? I think they would do it, but only because it’s Rihanna and Miley. They don’t give a damn about what the public thinks, and let’s be real, both of them are pretty awesome that way, whatever else you want to say about them.