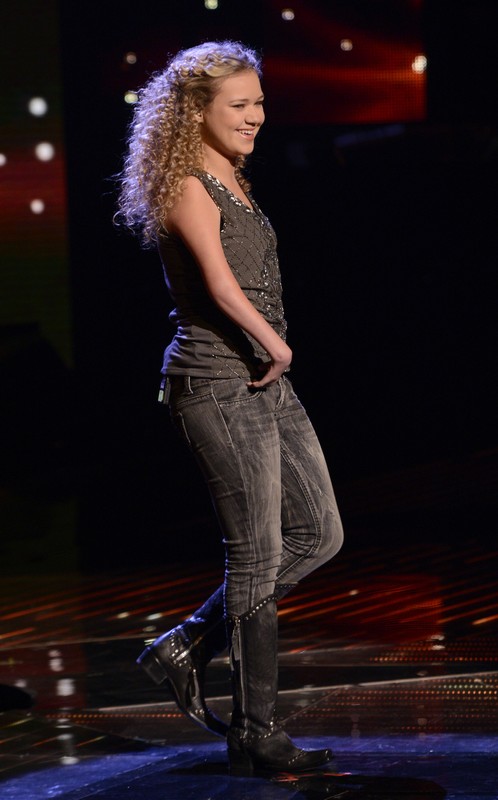 Rion Paige took the stage tonight on THE X FACTOR USA for the live performance shows. Rion sang “We Belong” by Pat Benatar. Rion is on Demi Lovato’s girl team and they decided to sing this song for her Motown choice. On tonight’s show the top 12 performed live in front of coaches Simon Cowell, Kelly Rowland, Demi Lovato and Paulina Rubio for America’s vote and to make it another week. Did you watch tonight’s performance show? We did and we recapped it here for you.

Judges comments: Kelly said, “Rion you know I just love the way you sang we belong together.  The beginning was a little rough, but you soared.”  Paulina said, “I love how you feel the music.”  Simon said, “I thought you were sensation last week.  What I like about you is no matter what song about you is you perform it 100%.  I don’t think Demi has connected the right song yet.”  Demi said, “Rion has a lot of song, I also think this song choice was good for you.  I think you did great, I am proud of you.”

Because of a computer glitch the artists were required to perform twice last week.  For Rion’s “Save Me” song she sang “Born This Way.” The judges give her a standing ovation. Demi believes that she was just incredible, Simon tells her to choose her own songs now on because she is amazing.  If you want to see Rion Paige make it another week, you have to vote for her.