Robert Kardashian’s Full Diaries To Be Released: How Will Pregnant Kim Kardashian React to Kris Jenner’s Neglectful Past? 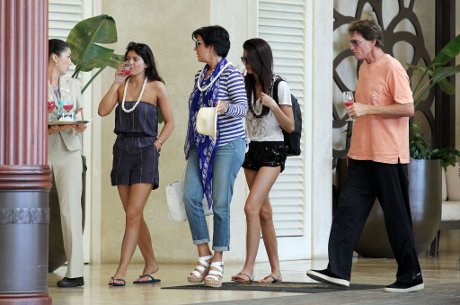 It was only a matter of time before In Touch Weekly released Robert Kardashian‘s diaries for the world to see. We’ve been getting bits and pieces, scintillating snippets here and there, over the past couple months but just recently we’ve learned that the magazine will be releasing the diaries in their first ever “bookazine.”

Over the past couple of months, In Touch has been releasing these delicious bits of scandal, which mostly highlight Kris Jenner as an absentee parent and one neglectful of her children. There’s one entry that tells of her leaving Rob in a car for extended amounts of time while she went gallivanting across the town with her new boyfriend at the time. Perhaps Kris Jenner’s past has fueled her drive of becoming one of the world’s most suffocating and relentless celebrity managers? Does she recognize her poor family skills in the past and is now trying to make up for that lost space by trying to smother her children with success and stardom? Who knows. I wonder how these journal entries, most of which paint Kris as a horrible mother, will influence future mom Kim Kardashian’s views on motherhood?

I suppose only the family and those closest to them will know whether or not Robert Kardashian’s journalings speak to the entire truth. But whether true or not you can bet your bottom dollar one thing: People are going to buy buy buy buy these issues, which are slated to hit stands in early April.

The bookazine will contain 100 pages. Yikes, that’s going to be one long afternoon filled with Kardashian Krazytown. Diaries of Robert Kardashian were obtained by the magazine by Ellen Kardashian, Robert’s widow, who must’ve been holding onto those writings for dear life until she needed a little bit of extra moolah. You know she had those babies locked away nice and tight waiting for the perfect time to release the secrets of the most popular family in the world. The Kardashians have risen and risen and continue to rise, so now is as good a time as ever I suppose. Let the reading fun time begin.