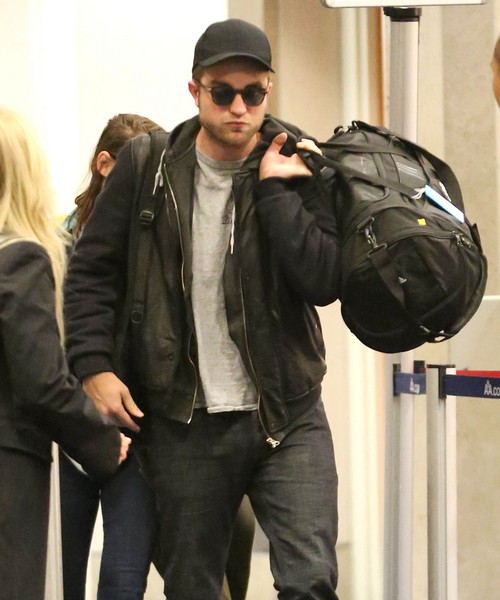 We have already told you that Robert Pattinson was kicking off the new year by filming for a few months in Australia. The actor, ready to begin work on The Rover, recently landed and naturally was swarmed with fans at the airport. Instead of running the other way, the actor took the time to greet the Twihard’s that have truly made his career soar. Multiple accounts popped up online of Rob taking photos and graciously thanking the fans for taking the time to come and greet him at the airport. According to one happy fan,

“He looked like a completely normal person. He had a guitar with him as well. I was the first to spot him walk out and I froze and was sort of speechless and pointing at him. He saw me and he had the cutest smirk on his face! We asked nicely if we could get a picture with him. He said he was in a rush and asked if it was okay if we got a group photo and made sure that we knew each other, and we said, ‘Yes,’ took our photo and then he said, ‘Thank you,’ to us, smiling, and got in his car.”

I’ll bet Rob is extra happy now that he kicked Kristen Stewart to the curb. He freed himself from not having to worry about what and who she’s doing while he’s down under and I bet he feels like a 100 pound monkey (or misery princess) has been lifted from off of his back! He’s probably at peace and it’s easy to appreciate anything good, such as the fans.

Supposedly Kristen intends to fly down to prove her desperation. Do you think it will work or is he really, truly over it and off the merry-go-round once and for all? Tell us your thoughts in the comments below!