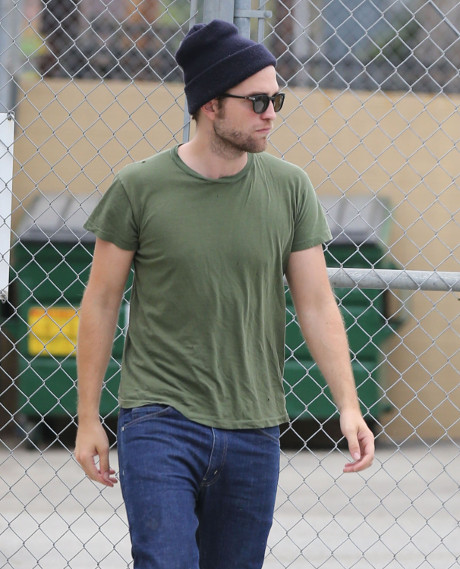 Robert Pattinson has reportedly called it quits with Dylan Penn so he can fulfill the Universe’s deep-rooted desire: To maintain a relationship with his TRUE lover, Kristen Stewart. According to a source in US Weekly, Kristen wasn’t worried at all while Robert was off “exploring” with different girls, as she was always confident that he’d return to her. “She blocked out the idea that Rob could be happier with someone else,” the source says. “He’s done with Dylan now that Kristen is back in town and available.”

Well, I’m not buying into the fact she was totally confident, because we all know she was an absolute mess waiting for Robert Pattinson to forgive her — or at least come to terms with the fact that she cheated on him.

Apparently, the two can’t wait to get back together. A source exclusively tells Hollywood Life, “Kristen definitely wants to see Rob again. They had a great time together and she said all they did was laugh. She’s had a busy last few days filming in New York, but took some time out to hang out in Central Park with a couple of friends. Filming has been pretty intense, but Kristen is overall in really good spirits.”

But what do their friends think about them rekindling their romance? Well, like most sensible people, they’re not advising it. They think it’s a no-good, toxic relationship that won’t result in anything good. “It’s still so unstable. They have a lot of baggage,” the Hollywood Life source says. “Rob’s obsessed with her but he knows she’s not necessarily good for him and he knows a lot of his friends and his family are dead set against him taking her back. So he doesn’t talk about it much because he’s embarrassed. And we have a right to be worried because we see how much she fu**s him up.”

Wow . . . those are some strong words from so-called “friends.” But what are friends for if not to watch your back, right? Let us know in the comments section below what you think about this relationship. Is it toxic, perfect, or still on standby?