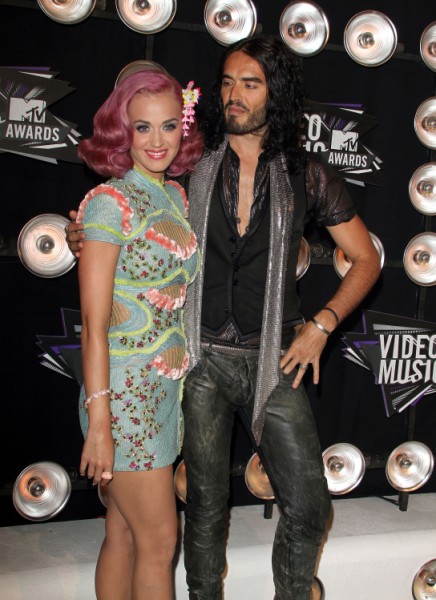 Who needs boyfriends when you have a friend like Russell Brand? He  might still think Demi Moore is a nice “older lady” but that isn’t stopping him from inviting her to a yoga retreat in India.

According to The Sun, Russell used yoga to help him get over his break up from Katy Perry and thinks the retreat can finally help Demi get over her divorce from Ashton Kutcher. Coincidentally enough, Demi and Russell’s exes have both moved on with younger, high profile stars. And where Demi has stayed pretty tight-lipped about how she feels about Ashton Kutcher and Mila Kunis’ relationship, Russell recently sat down with Howard Stern and went to town over the Katy Perry/John Mayer situation. You have to love Howard for getting this out of people!

When Howard asked Russell how he felt about Katy dating Mayer, who was described as a womanizer, he responded. “It’s worse or better than me — depending on how you view it. You have to let go of the instinct to protect someone once you divorce them.”

In other words, John Mayer sucks and will probably break her heart because that’s what he does but that isn’t Russell’s problem anymore. Amen.

Besides, who has time for all that with all that yoga that needs to be done… and all the wooing. What’s that, you say? You didn’t honestly think I was going to give up on the Demi Moore/Russell Brand idea that quickly, did you? They’re meant for each other! Russell will charm her and revive her heart with yoga. Demi Moore won’t know what hit her. It’s almost too easy.

Do you think Russell’s comments about John and Katy were a little harsh? Should he just stay quiet and wait for inevitable break up? That’s probably the mature thing to do but keeping his mouth shut has never been Russell’s thing which is why I love him so much.