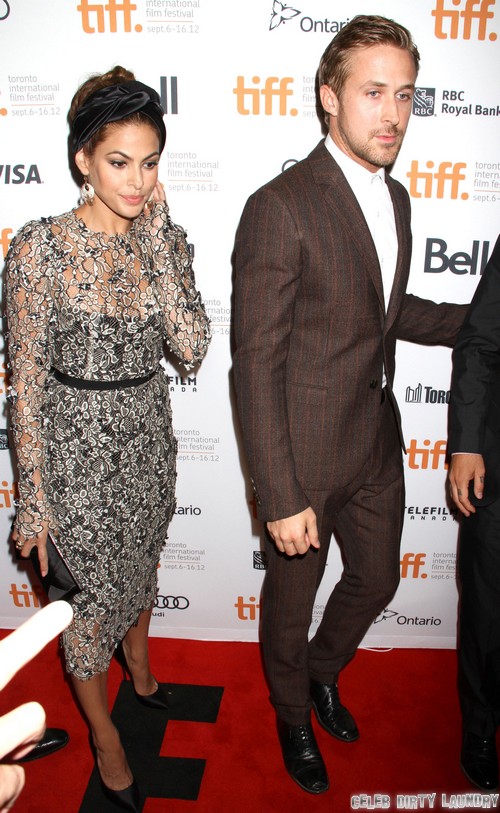 Although I feel like I maybe repeating myself, I find that this needs to be said. Why do tabloids insist on writing fan fiction? This latest story from Star Magazine reads exactly like Ryan Gosling and Eva Mendes fan fiction, written by an angry Gosling fan who can’t come to terms with his relationship with Mendes.

The report states that Ryan and Eva are fighting over her ‘insatiable sexual appetite’, with a ‘source’ explaining, “Eva wants Ryan all the time. But he works day and night, so he’s always tired. He can’t keep up with her.” Apparently, Ryan’s been so busy that they haven’t had a ton of time together lately, with the source adding, “He promised her a steamy vacation after the movie wraps. But she’s not getting her hopes up.”

Ok, should I name all the ways in which this story is ridiculous? Well, first of all, Ryan Gosling’s a dude. There is no such thing as ‘too much sex’ or ‘insatiable sexual appetite’ when it comes to dudes. Let’s be real here.

Secondly, this story would have been a lot more believable if they made Eva and Ryan’s fight focused on how little time they’ve been spending together, not how much sex they’re having. I would actually believe that their schedules might take a strain on their relationship, especially considering that Ryan pretty much hasn’t stopped working for the past two years straight.

But fighting over sex? Do you really see Ryan Gosling and Eva Mendes as a couple that would fight over sex? Again, it reads like fan fiction.

What do you guys think of the report? Let us know in the comments.