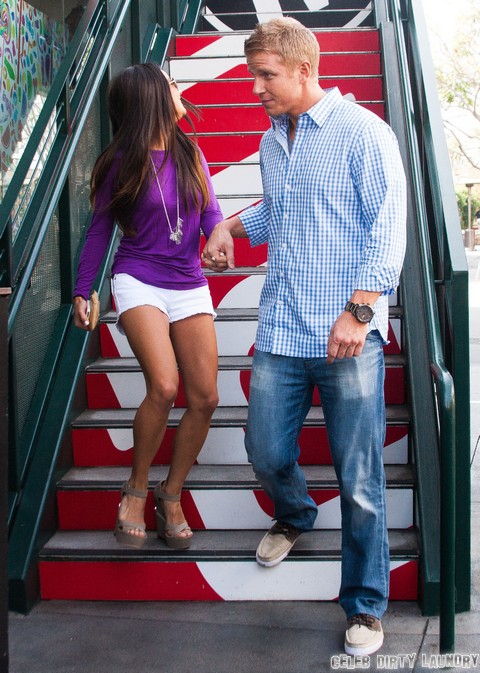 Catherine Giudici may have technically been the winner on The Bachelor, being the last woman standing and to receive Sean Lowe’s last rose and marriage proposal, but I tend to think she’s not exactly celebrating – it’s more like CELIBATE-ING! Now that the two can step out as a couple we’re learning more about their romance and boy, I don’t think every women would be jealous of her!

Sean has spoken at length about deciding not to have sex until he is married and it’s a brand new situation that Catherine has had to adjust to. Sources close to her say that the celibacy has been an issue for the young graphic artist that would like to get a whole lot closer to her man. According to the April 1st print edition of In Touch, even their living situation would make the Disney Channel proud.  The couple has separate apartments in the same L.A. Complex and they are spending a lot of time together. Sean comes over for breakfast every morning and they read the bible together. Then there is cuddle time on the couch later at night.

No wonder Catherine wants to run down that aisle. She just wants to have a somewhat grown up, normal relationship and a wedding is the only means to get to that end. Do you think it’ll happen though? Or are the differences in lifestyle ultimately going to be too much for the couple? There’s also the issue of children. Sean went into The Bachelor proclaiming that he wanted a baby ASAP. Catherine has put her foot down and made it clear that babies are going to be years away. That issue alone has ripped much stronger couples apart.

Are Sean and Catherine going to end up married with their own version of happily ever after? Tell us your thoughts in the comments below!