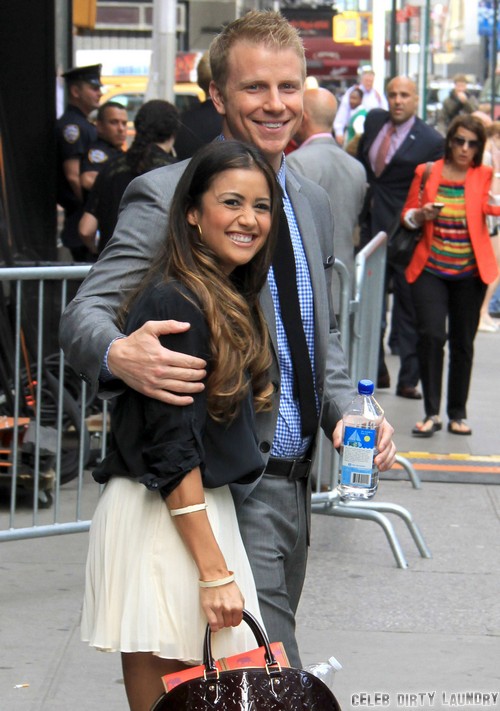 According a recent interview with Sean Lowe, he’s not yet ready to have children with Catherine Giudici. Well, duh. If they have children, that will make their inevitable breakup that much more complicated to get through.

When asked by Life & Style Magazine whether Sean had any plans to have children, he replied, “Not anytime soon. We’re both just enjoying being together — the two of us. Family will come, but it’ll probably be a few years.”

To be honest, I’m surprised that Sean Lowe and Catherine Giudici have lasted this long. Dancing With the Stars has come to an end, and right now, Sean and Catherine are in the midst of ‘wedding planning’. Of course, they’ll televise this grand wedding, invite a lot of ‘celebrities’ and paparazzi, and they’ll probably make millions of dollars off the pictures […I hate my life].

After that, they will wait a couple of months until the post-wedding hoopla dies down and they’ve capitalized on it to the maximum potential. And then, of course, comes the post-wedding drama. Divorce, who gets what, court battles, etc. I mean, it’s the playbook that all reality stars follow, and I don’t see why Catherine and Sean will be any different. I mean, they ‘fell in love’ on a damn television show.

Anyway, where would a baby fit into that plan? It wouldn’t, but I wouldn’t put it past them to wait until they have a baby, and then start their divorce proceedings. I know it sounds cynical, but wait a year or two and if they’re still together, I’ll eat my socks.