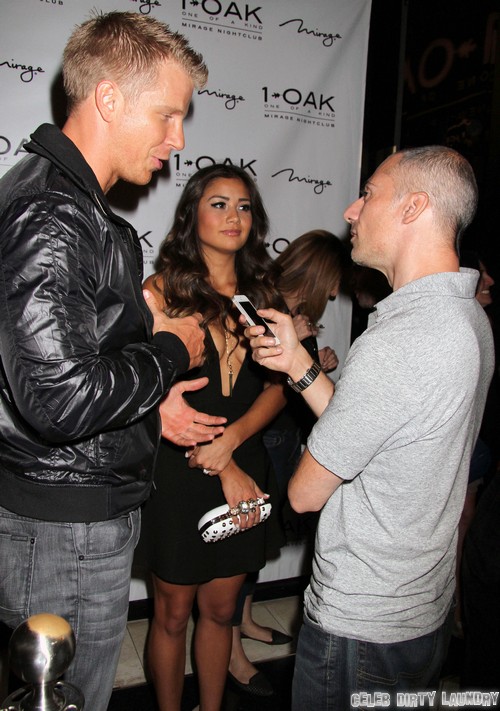 Well I have to admit I’m shocked to hear that Sean Lowe and Catherine Giudici are still together, aren’t you? The former bachelor proposed to Catherine during a final rose ceremony about 5 months ago and there was almost immediate tension between them. Sean decided a week after taking the relationship public to compete on Dancing With the Stars which left Catherine home alone in a new city while he was bumping and grinding with Peta Murgatroyd.

Somehow Catherine managed to hang in there and once Sean’s celebrity status dreams were squashed the two settled in to spending quality time together and they really have gelled. So much so that they recently moved to Dallas, TX together. According to Life & Style magazine Catherine loves Sean’s friends and family in Dallas and she is thrilled to be living a quieter lifestyle with him.

As for that wedding, no date has been set yet. I think after his spin on Dancing With the stars they realized they needed to figure out if they really wanted to be together or simply move on. Sean claims the wedding will happen but he’s not so sure it’ll be televised on ABC, something he once promised. On the one hand he likes the idea of a free dream wedding but he also realizes letting the whole world in on his special day isn’t necessarily the best idea.

Do you think that Sean and Catherine will actually make it down the aisle?  Very few couples that walk away from The Bachelor series end up being a good love match in real, everyday life. Will these two be an exception to the norm? Tell us your thoughts in the comments below!