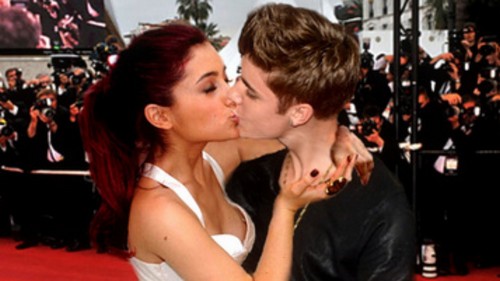 Just months ago, all we heard about Selena Gomez was her on-again/off-again relationship with Justin Bieber. However, it seemed as though she had moved on in the past few months, and we all felt happy for her. After all, the girl is young, talented, and at the top of Young Hollywood. Why does she need to be weighed down by Justin, who’s often in the news for the wrong reasons?

Alas, new reports state that Selena might not be as over Justin as everyone had thought. According to several sources, Selena is spitting mad about Justin sending ‘flirty messages’ to Ariana Grande. Obviously, it was pretty obvious that Ariana made sure that everybody knew about those texts on purpose – anyone linked to Justin immediately gets a boost in the media, which is why we imagine Selena stayed with him for so long.

However, this means that Selena’s still hung up on Justin, which is what the sources reiterate. They claim, “Selena is still not over Justin. From what all her friends are saying, she’s still majorly hung up on Justin.”

Although Selena’s the one who was reportedly pressured into dumping Justin, she doesn’t seem to have fully gotten over him – if these rumors are to be believed. You can’t blame the guy for moving on – they were breaking up again and getting back together more times than I can count, and it would have been especially difficult for him to see her with another guy every other month.

Obviously, the fault doesn’t lie with just one person, but if Selena is jealous about Ariana getting texts from Justin, she shouldn’t be. She’s much better off without him, and I’m sure Ariana’s just happy to be relevant in the mainstream media.