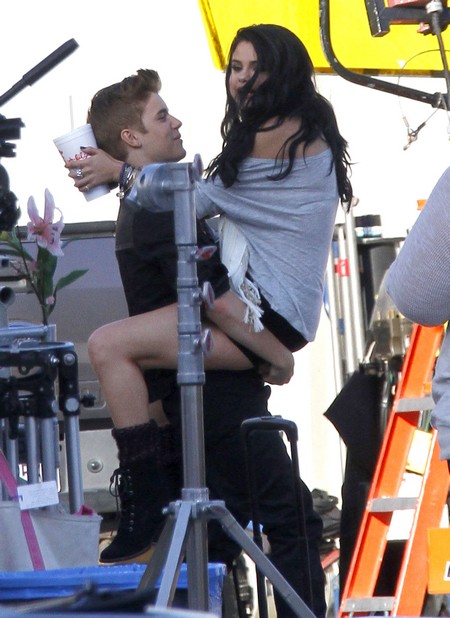 I’ve noticed something about all of the young actresses that have come from the Disney machine: either they leave the house of mouse and take on much more adult acting roles, or else they get into trouble in their private lives. Think about it, having to be so extra good seems to cause a serious inner rebellion.  Vanessa Hudgens has had naked underage photos leaked, twice. Miley Cyrus has been caught doing various things on camera and well, then there’s Lindsay Lohan who is in a class by herself.

“Disney is a machine, and I’m grateful for it, but I feel like being part of that environment made me crave the reaction from other projects even more,”

Selena first embraced an edgier role in Spring Breakers which hits theaters this weekend. Now it seems the starlet is contemplating whether or not a spin as Anastasia Steele could be in the cards for her. If she’s truly craving racier parts then starring in Fifty Shades of Grey would certainly satisfy her need while introducing her to a completely different viewing audience. I’ll admit it’s a bit tough envisioning Selena in a BDSM flick, but what if she can morph into Ana? What if her acting chops allow her to be believable? This girl hasn’t had a dud or failed at anything she has set her mind to, career-wise, in years. Maybe this film is what she needs to really step permanently from the Disney channel mode.

Can you see Selena in Fifty Shades of Grey?  Are you hoping that she at least steps up and screen tests for the role of Ana?  Tell us your thoughts in the comments below!