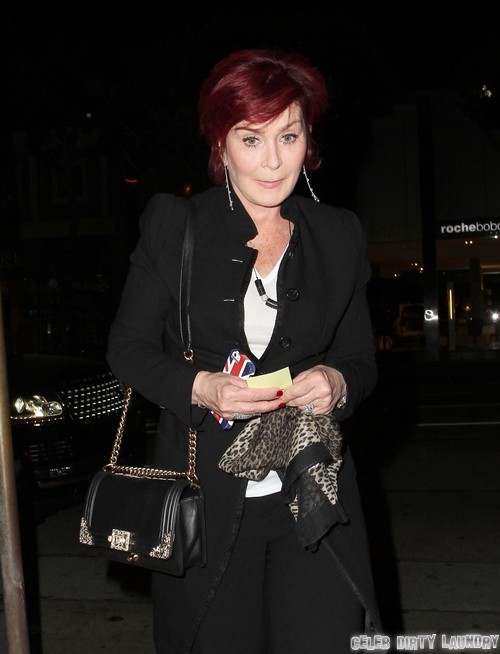 Reports have been surfacing online that there is trouble brewing between Sharon and Ozzy Osbourne. Earlier, the news suggested that Ozzy and Sharon were getting a divorce and that they were living separately. Now, we’ve learned that part of the reports are true.

The part about Sharon living in a hotel is true — and they are having fights, but it’s nothing that will end up tearing apart their marriage!

A spokesperson for Sharon has confirmed that she is living in a hotel, but it’s merely for work purposes. Her husband is busy with Black Sabbath and all is well within their marriage.

The rep said in a statement, “They’ve both got huge work commitments. She is at the hotel for work and he is starting his Black Sabbath tour. Of course they row but they are still together. Sharon and Ozzy have spent long periods of time apart before when she was working in the U.K. The marriage is not on the rocks.”