Simon Cowell’s Ex-Fiance Mezhgan Hussainy Pays A Visit After Lauren Silverman Baby News – She Wants To Get Pregnant Too? 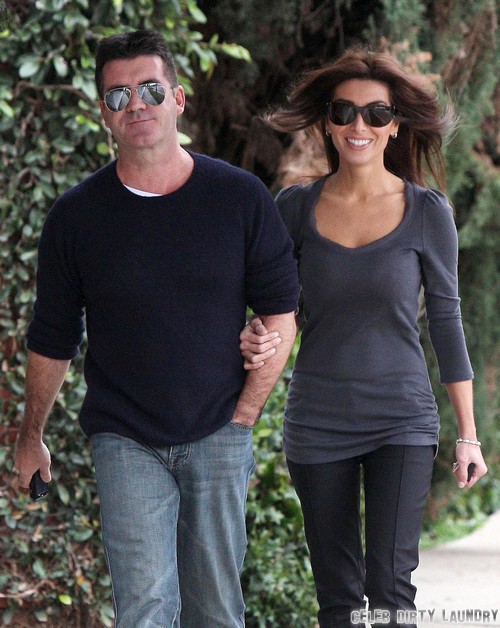 Was anyone surprised by the news that Simon Cowell was a homewrecker? Anyone at all? I’m actually very surprised he seems to be in such good terms with his ex-girlfriends, if the visit from his ex-fiance Mezhgan Hussainy is any indication.

Hussainy visited Cowell earlier today after the news of Cowell’s baby went public yesterday. For those who haven’t been following the news, Simon Cowell knocked up one of his best friend’s wife while they were still together. Lauren Silverman, the former wife of one of Simon’s best friends, Andrew Silverman, is now with Simon, who is said to be very happy about the birth – and probably not so happy about the rumors.

However, we don’t know what Cowell and Hussainy discussed, if anything substantial. But again, considering that they’re still working together, it’s not like she can be a jerk to him and get away with it. Simon was asked at the TCAs today about his baby, and all he would say was, “Am I missing something? Unfortunately, I have to keep this for the moment private. It’s just one of those things. But thank you very much anyway.”

I always find it hilarious and hypocritical when anyone involved with reality television wants to keep their personal life private, especially when there are ‘sources’ leaking information left, right, and center. It’s like, okay, you can keep pretending like you don’t want the public to know. Fine. We’ll play along for now, Simon. Just because this whole damn mess has created an endless supply of gossip.

What do you guys think about Simon’s ex-fiance visiting him just a day after the news was announced? Do you think she gave him a stern talking to about stealing his best friend’s wife? Or do you think she congratulated him? Could Hussainy be bugging Simon to get her pregnant too? Let us know your thoughts in the comments.