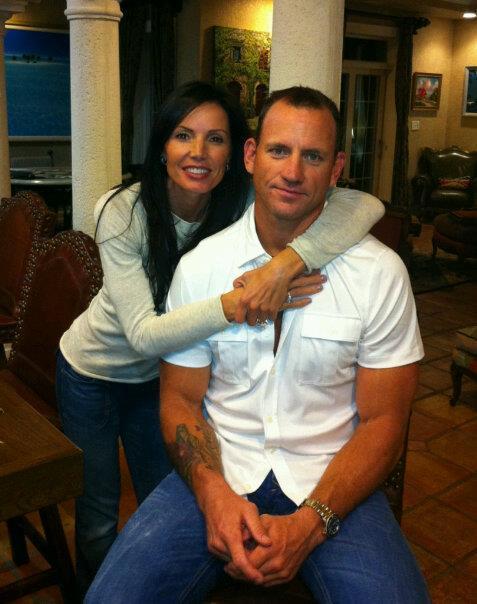 Survivor season 27 boasts some strong players, but none stronger than Brad Culpepper who in real life is not only an attorney, but a retired NFL player.

Brad has made a name for himself in the game so far, he is public enemy number one according to his fellow tribe mates. Brad’s annoying, pushy and bossy behavior is earning himself a place in the game because almost everyone hates him. How so? Well everyone hating Brad will guarantee that he won’t win the game and that makes him an excellent tribe mate to carry through to the end.

After Mr. Football’s tribe loses Tribal Council, he gets back to his job as mastermind and starts to work hard to make sure he is not the one to go home; although, the other three men on his tribe are having a hard time believing Brad.

Brad says he is not afraid of Redemption Island and who he wants to go home will, he credits himself to being in control of his tribe.

At Tribal Council, Caleb tells Jeff that he is writing Brad’s name and sends the whole tribe into shock, only Jeff is excited to see what is going to happen. The vote ends up being a tie; 3 votes Cierra and 3 votes Brad. The men clearly don’t care if Brad is an advantage to take to the end, they want him out because they re-vote and Brad is sent to Redemption Island.

Well I guess Brad learned one thing tonight, watch out what you ask for… Mr. Football bragged that he didn’t care if he went to Redemption Island and that is where he was sent. Brad has self-titled himself as the “grand poobah”, I guess that’s only in his Monica’s eyes as she offered to sacrifice herself and go to Redemption Island for him. But next week we will see Monica take Brad’s place and save him – what will his alliance think about that!?