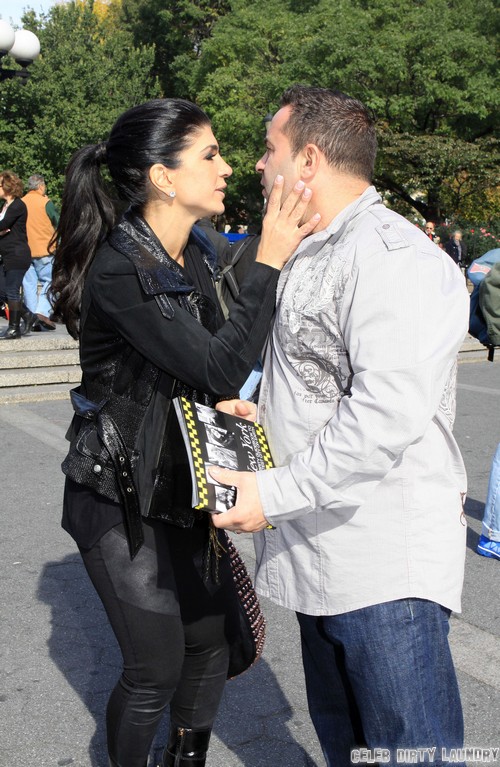 This week we learned that aside from treating everyone around them like crap, Teresa Giudice and Joe Giudice are also very familiar with bad business practices. Once that 39-count indictment for various types of fraud came down against them the issue got real, fast. If convicted each of them could be facing between 30-50 years in prison and a conviction would mean giving up custody of their 4 daughters.

According to the Aug. 12th print edition of National Enquirer, Teresa supports Joe on camera but then loses her mind on him constantly in normal life. His way out of this was to scoop up the family and run to family in Italy where the long arm of U.S. Law was unlikely to chase after them. Apparently that indictment came down a little sooner than they expected and they were required to turn themselves in within 24 hours. Any chance to flee went out the window and as we all now know, both Teresa and Joe surrendered their passports making international travel pretty damn tricky.

So now what? Sources say that if necessary they’ll turn custody of the kids over to Teresa’s brother Joe Gorga and his wife, Melissa Gorga. I have to wonder how that’ll go considering how the Giudice’s have spent years convincing the kids that Melissa is at the root of all of the families problems!

Do you see any way out of this mess for Teresa? It looks like it’s going to be pretty tricky and legal analysts have said that because she signed all of the documents as well she’s kind of screwed. Even if she testifies against Joe for the state, it’s not just a count or 2. 39 is hard to make disappear and justify a slap on the wrist, don’t you think? Tell us in the comments below!