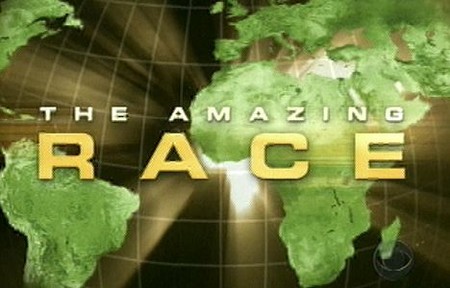 The Amazing Race is the reality show that will be on air until TV dies. Seriously, it’s never going to leave us, and we’re not upset about that, as we think it’s a wonderful show. While it does seem to get a bit redundant at times, they’re constantly trying to keep the journeys fresh, so for that we applaud them. Season 24, which will be airing Spring 2014, has already begun shooting. Even though no official announcements have been made, the contestant list has been leaked.

While nothing is set in stone yet, many people are confirming the list; many of the individuals have been sighted at airports, which means that more than likely the list is sound. If we’re to go by this list, then season 24 will feature an All-Stars cast (ugh). Check out the list below and see if your favorite made the cut.

Brendon and Rachel (Season 20) – Married couple who also competed on Seasons 12 and 13 of Big Brother.
Caroline and Jennifer (Season 22) – Country singers
Dave and Connor (Season 22) – Father/Son team and cancer survivors. They had to quit last time due to Dave tearing his achilles tendon.
Flight Time and Big Easy (Seasons 15 and 18) – Harlem Globetrotters
Jessica and John (Season 22) – Dating couple. They were eliminated with an Express Pass in possession last time.
Jet and Cord (Seasons 16 and 18) – Cowboys
Joey and Meghan (Season 22) – YouTubers
Leo and Jamal (Season 23) – Cousins
Mallory and Mark (Seasons 17, 18, and 20) – Mallory was part of a Father/Daughter team with her father Gary in Seasons 17 and 18, and Mark was on a Best Friends team with Bopper on Season 20. Due to unspecified circumstances, they will be racing together this season instead of with their original partners.
Margie and Luke (Seasons 14 and 18) – Mother/Son team
Natalie and Nadiya (Season 21) – Twin sisters

Like some other people out there, we’re a bit surprised by some of the choices made. There are, however, some good teams returning, including Brendon and Rachel (you’ll know them from Big Brother!) and the cowboys, who are perhaps the most famous/most loved duo. Let us know what you think of these choices in the comments section below.