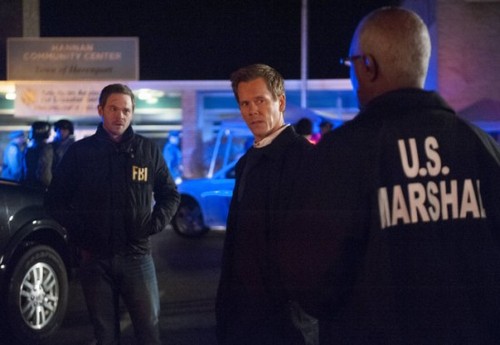 Tonight on FOX THE FOLLOWING returns with a new episode called, “The End is Near.”  On tonight’s show disguised followers create a diversion at the town evacuation center, which causes panic among the residents.  Did you watch last week’s episode?  There is a full and detailed recap for you here.

On last week’s show the Havenport Police Department is brought onto the case and Roderick’s role as sheriff is called into question, which leads him to make a shocking decision that threatens the safety of Joey. Meanwhile, Ryan goes against the FBI, hoping to gain the trust of one of Joe’s followers.

On tonight’s show in the season’s penultimate episode, Ryan, Parker and Weston prepare to storm the follower’s mansion, but Joe already has an escape plan in action. Meanwhile, disguised followers create a diversion at the town evacuation center, which causes panic among the residents and leads to a dangerous kidnapping of one FBI official.

Tonight’s episode is going to be great and you won’t want to miss it. So be sure to tune in for our live coverage of FOX’s The Following tonight at 9 PM EST! While you wait for our recap, hit the comments and let us know what your think of The Following premiere  season, so far?