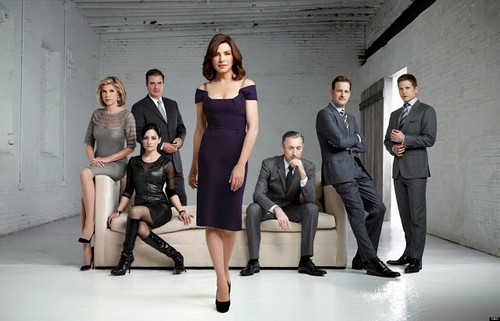 The Good Wife returned tonight to CBS and continues to prove why it is one of the best shows on television.  I cannot wait till next week’s episode, we have a sneak peek video and some insight for you below on what is going on next week below.

On tonight’s show as Florrick/Agos moved into their new offices, Alicia represented an undocumented immigrant who faces deportation unless he testified against a member of a drug cartel. Also, Marilyn was concerned about the ethical ramifications when Eli reconnected with Natalie Flores, and Robyn tried to be more like Kalinda.  America Ferrera returned as Natalie Flores. Series star Josh Charles directed the episode.  If you missed the episode we have a full and detailed recap, right here for you.

Spoiler alert: If you’re one of those people who doesn’t like spoilers, stop reading now! We have some juicy spoilers for you about the season 3 episode 9 of CBS’s “Whack-a-Mole.”

CBS’s Official Synopsis: “One of Alicia’s clients is accused of domestic terrorism; a new lawyer at Lockhart-Gardner resorts to unconventional methods; Eli and Jackie clash over a Florrick family secret.”

On next week’s show Jason O’Mara is back and playing Colin, a wild-eyed Irish attorney who has spent a decade successfully defending gang members and crime families.  His character is going to be clashing with the more conservative culture at Lockhart-Gardner.

The Good Wife Season 5, Episode 9 “Whack-a-Mole” airs on CBS on November 24th, 2013. Check out the preview videos and photos from episode 6 below and let us know in the comments below what you think!