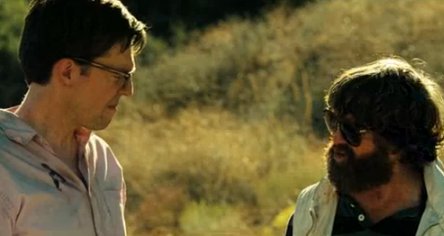 You honestly didn’t think they were going to stop at just two, did you? The Hangover Part 3 is definitely going to be a thing and let’s just say fans of the movies are getting super pumped up about the future release. The first teaser trailer for the movie has been released and it features some of your favorite peeps, including Bradley Cooper, Ed Helms, and Zach Galifianakis. How will part three continue in the hilarious tradition of featuring incredibly awful traditions? How will part three bring back the humor you fell in love with in the original installment? It’s hard to say for sure, but after watching the trailer the premise is quite clear: They’re returning to Vegas.

Yikes. Vegas? The place where it all went horribly, horribly, horribly wrong? That’s exactly where they’re going. And things aren’t going to turn out pretty. But, do they ever? The franchise is known for its cringeworthy hilarity, and this movie I’m sure will not fail in that category.

The title’s synopsis is extremely vague: “This time, there’s no wedding. No bachelor party. What could go wrong, right? But when the Wolfpack hits the road, all bets are off.”

There might not be a wedding, but the trailer begins with a funeral and Alan (Galifianakis) singing a beautiful version of Ave Maria. The trio decides to participate in one last hurrah together by taking a journey to Vegas. “Someone needs to burn this place to the ground,” Stu (Helms) says. “Ooooooh, I like that!” Alan says. Is that a foreshadowing of what we can expect to go down? Are they accidentally going to blow up Vegas? Who knows. Wherever their wild rompings take them, viewers will definitely be in for one helluva comedic ride.

The Hangover: Part 3 is slated to be released this coming summer.