The Killing RECAP 6/2/13: Season 3 Premiere “The Jungle;That You Fear the Most” 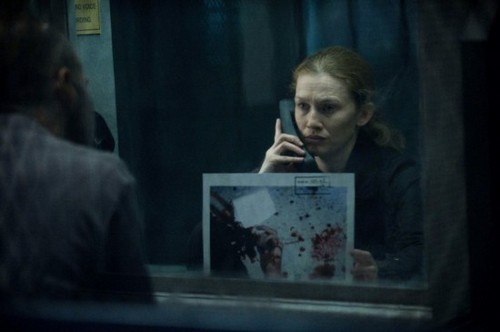 Tonight THE KILLING returns to AMC with the premiere of it’s third season.  The season 3 premiere will be a two hour special and we will get two episodes.  Episode 1 “The Jungle” and the 2nd episode “That You Fear The Most”.  The Killing was not suppose to come back, AMC was going to cancel the show but thankfully Fox got involved and we now have another spell bounding 12 episodes and a third season.

At the end of season two, we finally found out after two grueling long years who killed Rosie Larsen. It was Darren Richmond’s aide Jamie Wright who chased Rosie through the woods, brutally beat her and stuffed her body in trunk.  But, it was Rosie’s own Aunt Terry that put the car into drive sending it into the water.

AMC Official Synopsis: The Jungle; That You Fear The Most, in the third season-premiere, a disturbing case assigned to Holder leads Sarah to a grim discovery about a case from her past. Meanwhile, death-row inmate Ray Seward reveals his true self.

When the new season airs Detective Sarah Linden is surprisingly no longer a detective, but that is only temporary and who could blame her for needing some time off after the investigation into Rosie’s murder. Sarah’s partner, Stephen Holder needs her help with a grisly series of murders that are very similar to a case in Sarah’s past. The old case had the killer almost severing heads and these new series of murders are the same. Stephen thinks the cases are linked even though Sarah tells him that the guy who did those murders is on death row and can’t possibly be involved.

We will be live blogging The Killing Episode 1 and 2 beginning tonight at 8PM EST . . . so make sure to come back to this spot and watch the show with us. Make sure to refresh often so you get the most current info! While you wait for the episode you can catch a sneak peek of tonight’s episode BELOW!