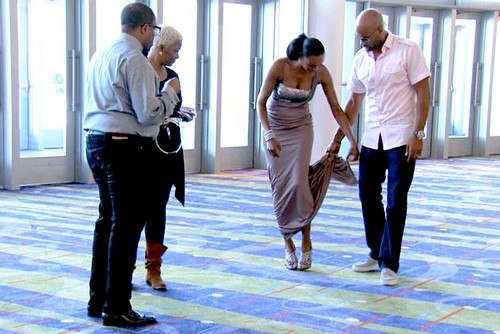 Tonight on Bravo is the season 5, fifteenth episode of THE REAL HOUSEWIVES OF ATLANTA and tonight’s episode is called “Praise the Pageant.” On tonight’s show it’s showtime for Cynthia’s Miss Renaissance pageant!. Did you see last week’s show? We did and we recapped it here for you.

On last week’s show Porsha was pulling out all the stops to throw Kordell a Harlem Renaissance-themed party for his 40th. Cynthia wasn’t pleased with Porsha’s lack of support she had dedicated to her pageant, and tempers flared when she confronted Porsha. Kandi met with her manager Don Juan, who was concerned about her lack of focus lately. At his big party, Kordell sets Cynthia and Porsha straight by helping to mend their relationship. Meanwhile, Kenya was shocked when she found two suspicious lumps in her breasts.

On tonight’s show It’s showtime for Cynthia’s Miss Renaissance pageant and who other than Miss USA herself, Kenya, wants to be part of it. Cynthia reluctantly offers to let Kenya be a judge, knowing full well it could backfire. Meanwhile, Phaedra invites Chef Roblé to cook up some aphrodisiacs for a titillating dinner with Apollo, Kandi, and Todd, just as Kandi prepares to record her duet with Gospel great Marvin Sapp. While at the studio, Kandi’s Dad makes a rare appearance to offer his thanks for bringing Kandi closer to her holy roots, and Porsha can’t seem to convince Kordell that she can have it all, a charity, career, and a family. 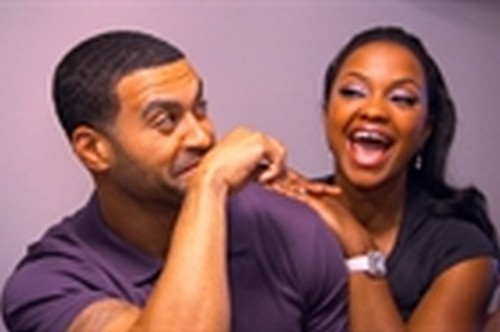 Tonight’s episode is going to be another drama packed one, which you won’t want to miss. So be sure to tune in for our live coverage of Bravos’ The Real Housewives of Atlanta Season 5 episode 15— tonight at 8PM EST! While you wait for our recap, hit the comments and let us know how excited you are about the new episode of RHOA tonight and check out the sneak peek video below of tonight’s episode!

Ever since Kenya’s biopsies came back cancer free she seems to be on a good will mission. She has decided to focus some energy on helping Cynthia’s pageant. She brings her a young girl that she’s mentoring and Cynthia thinks she’s also fabulous to enroll in the school. Meanwhile Porsha is seeming to be slightly controlled by her husband. Cordell. He thinks she’s working too late on her charity and needs to stay closer to home. They’ve been hoping to have a baby but he questions Porsha’s ability to take care of one without help. She seems to assume that even as a housewife they’ll simply hire a nanny but Cordell informs her that if she can’t do it alone or isn’t ready to then it’s not baby time.

Kandi still seems hell bent on recording gospel music. She’s enlisted the help of Marvin Sapp who is a huge name in that industry. She feels that since they both lost a loved one a few years ago they have a common bond.  Her dad, Titus also joins them in the studio and he gets all teary eyed when he hears Kandis “Prayed Up” song play for the first time. He thinks she’s going to inspire a lot of young people to draw closer to god. She and Marvin work it out recording the song in the studio.

Cynthia s actually contemplating allowing Kenya to be a judge for her pageant. Nene thinks Cynthia is crazy because Kenya is a koo koo clock and she can’t risk a huge mistake. It’s her very first event and if Kenya blows it then her name is wrecked.

Cynthia’s Miss Renaissance Pageant is about to begin and Cynthia is freaking out because Boris her host is not in a suit. You’d think he slit her throat for the way she’s acting. Dude committed a serious crime by her standards. Kenya is ready to judge and she’s wearing her 20 year old Miss USA sash. She opted to leave her crown at home because it would have been too much. She’s a serious nutjob and it’s annoying how she insists on living in her past. Cynthia also is realizing that the pageant script is completely out of order. One more reason to stress. A few minutes into the show the script is still a mess and the girls are being introduced with the wrong names. Whoopsie.

Somehow Cynthia’s pageant survived all of the baubles and a winner is crowned making it all legit. Tune in next week to see more of the housewives.