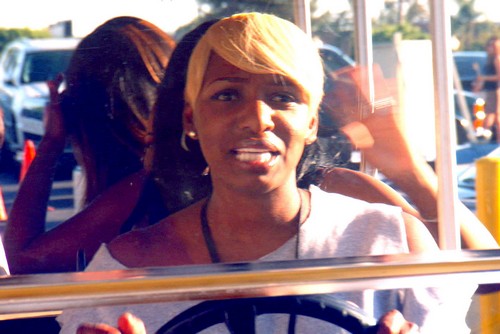 Tonight on Bravo is the season 5, sixteenth episode of THE REAL HOUSEWIVES OF ATLANTA and tonight’s episode is called “Peaches Don’t Grow in Hollywood.”  On tonight’s show the ladies are Los Angeles bound and this time they leave the men at home.  Did you see last week’s show? We did and we recapped it here for you.

On last week’s show it was showtime for Cynthia’s Miss Renaissance pageant and who other than Miss USA herself, Kenya, wants to be part of it. Cynthia reluctantly offered to let Kenya be a judge, knowing full well it could backfire. Meanwhile, Phaedra invited Chef Roblé to cook up some aphrodisiacs for a titillating dinner with Apollo, Kandi, and Todd, just as Kandi prepared to record her duet with Gospel great Marvin Sapp. While at the studio, Kandi’s Dad made a rare appearance to offer his thanks for bringing Kandi closer to her holy roots.

On tonight’s show The ladies are Los Angeles bound and this time they leave the men at home. NeNe’s excited about showing them her glamorous life in Hollywood, but when the girls arrive they just aren’t on the same page. NeNe’s temper explodes, and none of the ladies are left unscathed. As they aim to get back on track with NeNe, Kenya can’t contain herself anymore in front of her rivals Phaedra and Porsha. Will the dust settle before they head to Vegas the next morning? 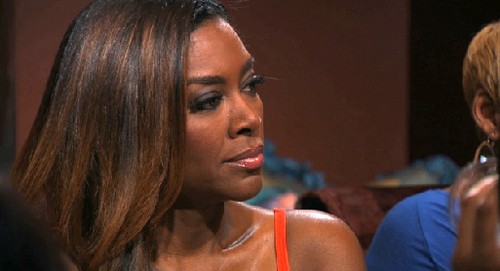 Tonight’s episode is going to be another drama packed one, which you won’t want to miss. So be sure to tune in for our live coverage of Bravos’ The Real Housewives of Atlanta Season 5 episode 16— tonight at 8PM EST! While you wait for our recap, hit the comments and let us know how excited you are about the new episode of RHOA tonight and check out the sneak peek video below of tonight’s episode!

On tonight’s episode the ladies are headed out for a vacation in L.A. Nene has finished setting up house in the Hollywood Hills and has invited the gang for a visit. Phaedra missed her flight so she misses out on the driving fun. Their car can’t fit on the winding road up the hill and so Nene has to drive down and pick them up. Of course they are all oohing and ahhing over her stunning home.

So far everyone is managing to get along. Kenya has decided that she needs to stay cancer-free and so fighting with Phaedra and Porsha isn’t worth it. Nene has put the ladies up in a vacation home because she likes her privacy. She invited them to dinner at her home and they don’t bother showing up until midnight. Nene is pissed off and turns them away.

The girls seem to not understand why she’s furious even though they admit they were 3 hours late. They actually were all but begging for to go boxes!

The girls take their limo to Fat Burgers for their glamorous night in L.A. The next morning the girls are up early because they aren’t blowing it with Nene again. The new and improved Kenya has decided to cook breakfast for everyone and she’s making it her job to get everyone out the job by noon. Porsha claims she can cook but as everyone else talks and eats, she struggles to brew coffee- using creamers!

Nene has arranged for the girls to spend the afternoon at The Groundlings for an improv acting class. They are early but Nene tries to teach them a lesson by being an hour late.After the class they all head over to Paramount Studios to take a tour. Nene shows them her trailer on the set of The New Normal and the girls are all somehow still playing nice.

After the afternoon together they head out to dinner together. Porsha is avoiding alcohol which leads to major speculation about whether or not she’s pregnant. She insists she’s not, but Phaedra thinks she’s hiding something. She says no one knows when a woman is trying to conceive quite like another woman that’s trying. Since this episode was shot Phaedra has indeed announced that she’s expecting baby number two. At this dinner Kenya tells the ladies that she dumped Walter. Nene informs her that they all liked Walter and Kenya’s nose is a bit out of shape. Kenya learns that Walter was invited to Porsha’s party when she wasn’t. Now comes the drama as Kenya storms out. You’ll have to tune in next week to see what happens though!