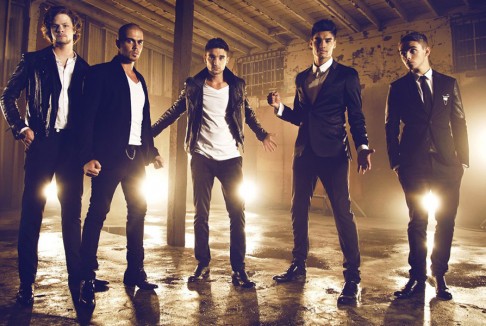 The Wanted Life has been a very interesting look at into the life of a boyband, and oftentimes more than just ‘interesting’. The Wanted is one of the more unusual examples of a boy band out there, especially because they’re very open with sharing aspects of their life that other musicians aren’t.

We’re able to see that more than ever in the preview for the next episode of the show. Usually, the fights and inner turmoil that go on behind the face of a band are kept under wraps, and only leak out through tabloid reports and other gossip. However, in this case, The Wanted are not shy about about letting their thoughts be known about each other.

In the preview for the next episode, you see a strong fight break out within the boys. They’re divided on the idea of inviting fans to a personal house party, and some of the boys feel that it will be ‘crossing’ into becoming too personal. However, others disagree – and boy, do they not hold back.

They start calling each other names, and you can see things quickly escalating. To watch the rest of the fight and see what happens, tune into The Wanted Life on Sunday at 10/9c.

The guys that make up The Wanted are trying to figure out a great promo idea to get the fans involved and they’re actually considering a home bar b que with their fans. They seem to think that they should be accessible but the ladies with them think it’s a really bad idea. Max and Tom want to give fans a tour of the house while Siva thinks that it’s dangerous.

Clearly these guys have nothing really going on, let alone anything work watching here. They’ve spent the majority of this episode expressing their love/hate relationship with the fans and it seems to be impossible for them to agree on something that would be really appreciated.

Nathan has been struggling with his voice and his doctor wants to spare it. Nathan is still calling his own shots and playing hardball though. He realizes that it may cost him his singing voice.

Nathan decides to tell Siva that they are going ahead with the plan of having the party at the guest house. He feels like he has been completely ignored when majority rules and they steamroll him. The back yard has been set up for this afternoon of fun, games and the blow up bounce houses. They also are playing a game of 7 minutes in heaven with these fans. Needless to say this episode wraps with a kumbaya around the table as the boys play guitar and everyone sings.

Tune in next week for more happy fans and more of The Wanted.

The Wanted Looks to Give Back: