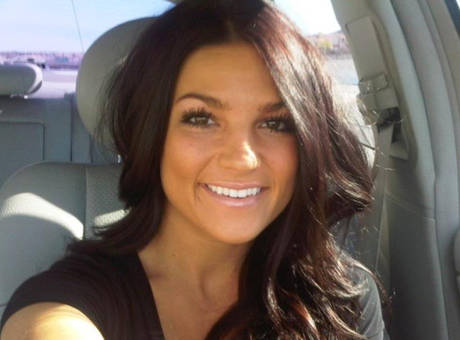 The Bachelor season 17 isn’t short on romance, or drama! Sean Lowe is blonde, tan, and ripped, and the ladies have already fallen in love with his killer body and southern charm. Unfortunately, like many Bachelors (and Bachelorettes!) before him, Sean can’t recognize a snake, even when he’s feeling it up! Though he’s admitted to chemistry with nice girl Sarah Herron, it seems like his pants are leading him to manipulative Tierra LiCausi, who all the other girls hate!

“She only ever dated super-rich guys–as in guys with their own planes or islands,” a source reported to Life & Style, print edition February 4, 2013. A former co-worker dished on her self-absorption, noting that, even while working at a tanning salon in LA, “she acted as if the world revolved around her–it came across as arrogance.” But around men, Tierra always transformed into a decent human being, and would “bat her eyelashes and giggle. She was really good at flashing that big smile, and she knows how beautiful she is. She was always putting on a show.”

In the house, Tierra has made enemies–and we’re only three episodes in! Castmate Sarah believes that Sean will “be surprised” when he finds out who Tierra really is. Until then, Sean is head over heels. He’s even declared his passions, telling Tierra, “I really like you and I want to spend more time with you. I want you to hang around.”

So what’s so bad about Tierra? Besides being totally stuck up, she is manipulative, and a liar! “I’m above everyone else,” she says on the show. “I just want more time with him. And I get what I want.” We know there will always be bad girls on the show to strum up drama, but how long can she keep up the act? Last season, we saw contestants try to warn Ben Flajnik about Courtney Robertson (who I loved because of her bad side!), and he ended up proposing to her! Will Tierra make it to the end? Read our finale spoilers here!