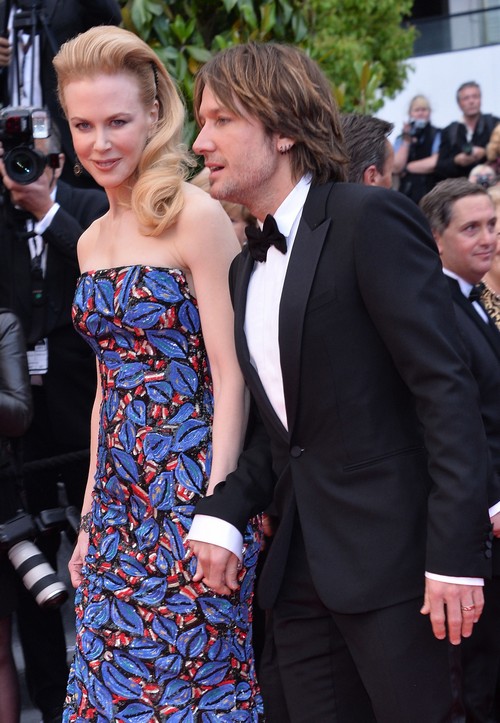 When Tom Cruise and Nicole Kidman first split 13 years ago the actress seemed to take a sort of vow of silence. She really wouldn’t talk about the split too much and there was clearly a world of drama swirling around them. Tom walked out but under the laws of Scientology he got the couples’ two adopted children. It hardly seemed fair and Nicole was clearly walking wounded even if she refused to discuss it. Perhaps now that she has been happily married to Keith Urban for the last 7 years it’s kind of good that she feels comfortable enough to discuss the mess now. The problem is that she has been talking about Tom in nearly every interview lately and Keith is getting pissed off!

According to the Dec. 16th print edition of National Enquirer Nicole has maybe volunteered a few times too many how great she believed her love with Tom was and how wrapped up they were in their own little world. She has quickly added that Keith is the love of her life but I’m sure that’s a small compliment after seeing details in print about her previous marriage. Part of the issue is that Nicole still sounds wounded by the marriage that failed well over a decade ago. Keith believes that they have created a much better life together and he has all but told Nicole to stop with the sound bites.

Do you think that Nicole is just reflecting back on things with clarity, because she is in a different space now? Or does she maybe miss the rush that came with being Mrs. Tom Cruise and maybe her current husband is picking up on some of that? Do you believe that Keith really is Nicole’s soul mate? Will this marriage outlast the one that Nicole had with Tom? Tell us your thoughts in the comments below!